Mumbai: Bollywood’s very own fashionista Sonam Kapoor turns 32 today and the lady is having a blast in the company of her near and dear ones. Other than the usual cakes and balloons and good wishes, Sonam was floored by the sweet gesture of her rumoured man Anand Ahuja.

The sneakers enthusiast-cum-entrepreneur Ahuja managed to erect a fully lit card with the actress’s name on it. He posted a boomerang video on his Instagram account where he tagged Kapoor. Sweet, isn’t it?

Sonam was also seen posing right next to it, smiling away, from the bottom of her heart. 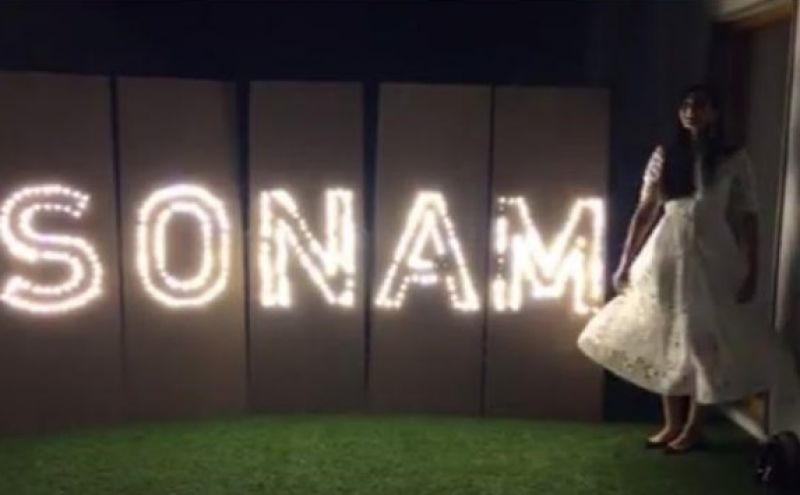 Professionally, the National Award-winning actress (Special Mention for ‘Neerja’) is gearing up for her next venture alongside Kareena Kapoor Khan and Swara Bhaskar in ‘Veere Di Wedding’, which is co-produced by Ekta Kapoor and Sonam’s younger sister Rhea Kapoor.

The film's shooting was supposed to start last year but the makers had to postpone it following Bebo's pregnancy.