DECCAN CHRONICLE WITH AGENCY INPUTS
Published Jun 9, 2016, 1:25 am IST
Updated Jun 9, 2016, 2:32 am IST
Defiant Kashyap says will try to release the film without cuts and as per its scheduled.

New Delhi/Mumbai/Kolkata: With the forthcoming Hindi film Udta Punjab facing tought time at the hands of the Central Board of Film Certification, which is learnt to have asked its producers to remove around 94 references to Punjab from it, in an interesting turn of events, the government has appointed former Aam Admi Party (AAP) leader Shazia Ilmi and Hindi film actor Poonam Dhillon as members of the censor board’s Film Certification Appellate Tribunal.

The FCAT is the final authority in the censor board where a filmmaker can appeal if his or her film has not been cleared by the examining and revising committees of the CBFC. If  the appellate tribunal also decides against the film, then the producers can approach the  court for legal recourse.

In Mumbai,  the Bombay high court has posted the petition challenging the Censor Board’s review committee’s suggestions and cuts to the movie Udta Punjab, for hearing on Thursday. Filmmaker Anurag Kashyap’s production and distribution company Phantom Films had moved the high court seeking a direction to the Censor Board to provide a copy of the order passed on May 3.

Meanwhile, Bollywood celebrities like Mahesh Bhatt lent their support to Anurag Kashyap. Other Bollywood heavyweights to come out in criticism of the Board include Mukesh Bhatt, Zoya Akhtar, Imtiaz Ali, Sudhir Mishra and Kabir Khan among others.

In a press conference, Mahesh Bhatt said it was a shame that a movie which “holds a mirror” and shames the Indian society about the drug menace “is being strangulated”.

“This is not the industry's problem at all, this is the problem of this country,” he said. “A person who is a roadblock and not a facilitator should be removed. That is something intolerable, unaccepted to film fraternity and we want him out. His move is malicious and vicious. He lies, delays the process and will bully the person,” his brother, Mukesh, who is the president of Film and Producers Guild of India, said. Filmmaker Zoya Akhtar said burying one’s head in the sand will not make the problems disappear. “You can’t certify something as adult and then give 89 cuts. We are in constant denial of what is going on in the society. It's like it does not exist,” she said.

Kashyap said they will try their best to release the film without cuts and as per its scheduled release on June 17. “Censor board has got a bullying attitude and they are resorting to lies... It's unfortunate that we have to justify our honesty at every stage. At every stage, we need government stamp,” he said.

Certify, do not cut, says Amitabh Bachchan
Amid the censorship row surrounding Udta Punjab, megastar Amitabh Bachchan on Wednesday said that there should be a system that “certifies” a film than cuts its content.

The 73-year-old National Award-winner is the latest celebrity to join the debate over the issue of censorship concerning Anurag Kashyap-produced Udta Punjab. 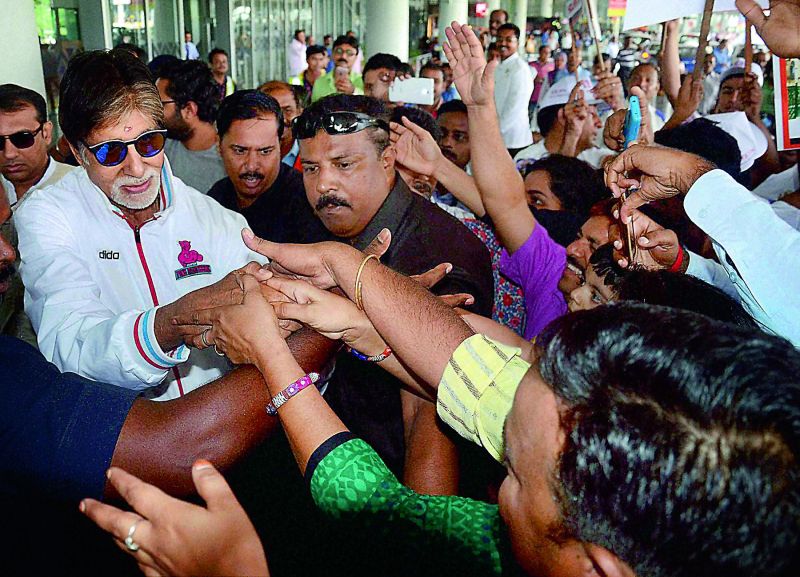 “I hope we can device a system where there is certification rather than censor. Don’t try and kill creativity. We all must have the freedom to create because we are in this field and all we have is our soul to create,” Bachchan told a TV news channel.

He said it is unfortunate that the makers had to move court, which might result in the film's delay. “When you kill our creativity, you kill our soul. That would be detrimental to progress per say. I am not aware of Udta Punjab issue. But it is unfortunate that there is going to be a delay that they have to fight their way to the high court,” he said.

“But that there have been instances with me in the past as well where films were denied release and we had to go to higher authorities. Eventually, creativity won. But yes delay was something that one had to cope with,” Bachchan added.