So, this is how Siddhanth Kapoor passed look test for Haseena

Mumbai: Actor Siddhanth Kapoor has teamed up with sister Shraddha Kapoor for the very first time in Apoorva Lakhia’s upcoming film ‘Haseena’, which is based on the life of Dawood’s sister Haseena Parkar.

Interestingly, Siddhanth will wear the boots of the underworld don, Dawood’s character, while Shraddha will play his sister Haseena.

In his two looks that Shraddha uniquely shared on Twitter, the boyish Siddhanth looks utterly sinister and menacing as the young Dawood. 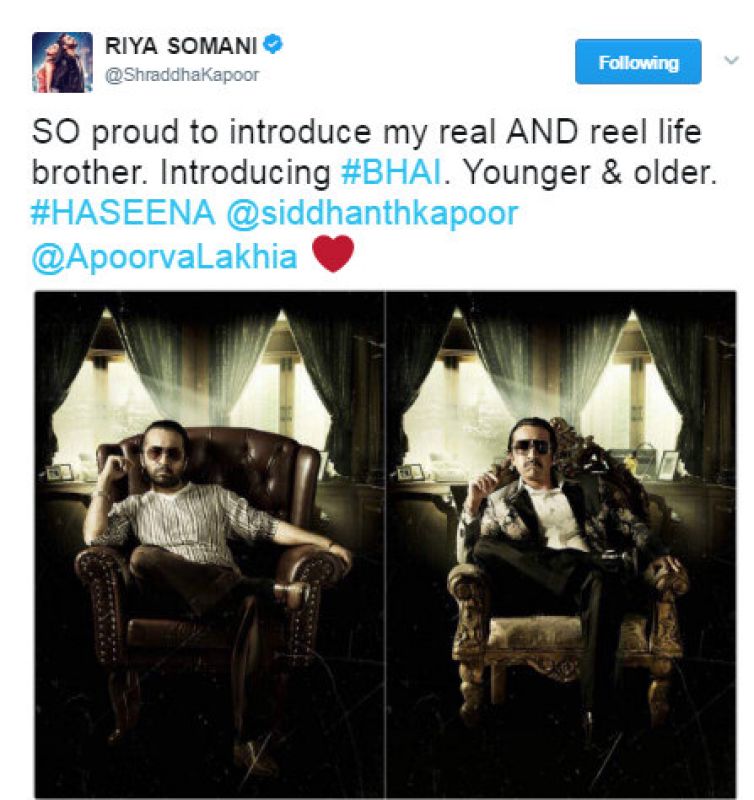 With hair slicked back, flashy suit and oversized aviator sunglasses, he looked every bit of the character.

However, the interesting story behind Siddhanth’s look test from the film is, that he used his father Shakti Kapoor’s suit and sunglasses for his look test.

Siddhanth with a guffaw said, “Apoorva Lakhia told me ‘I know you will pull off the acting, but convince me that you can look like him.’ I then hired a photographer and got into the full old school look with dad’s clothes and sunglasses, did a shoot and nailed the look.”

Siddhanth, who also had to put on weight for his role as the older Dawood, binged on chocolates and burgers to put on nine kilos for some portions of the film.

A source attached to the film said, “The way Siddhanth prepared for the role and transformed into Dawood was truly awe-inspiring and his portrayal of the dreaded don is going to be one of the most sinister portrayals ever seen on the silver screen.”

“When Siddhanth came on the sets in this look for the very first time, the unit was quite taken aback to see the boyish actor look so menacing,” added the source.

Directed by Apoorva Lakhia, the film is being presented by Swiss Entertainment and has been produced by Nahid Khan.

'Haseena' is slated to release on July 14.

■Shraddha Kapoor’s transformation for both looks of Haseena is too brilliant!
■Shraddha Kapoor asks Haseena director to reshoot scene
■Shraddha and Siddhanth Kapoor look intense in Haseena's new poster
■Exclusive: Special screening of Haseena: The Queen of Mumbai for cast and crew