The moment Narendra Modi heard the film’s title; he couldn’t stop himself from smiling, which made Akshay beam with happiness. 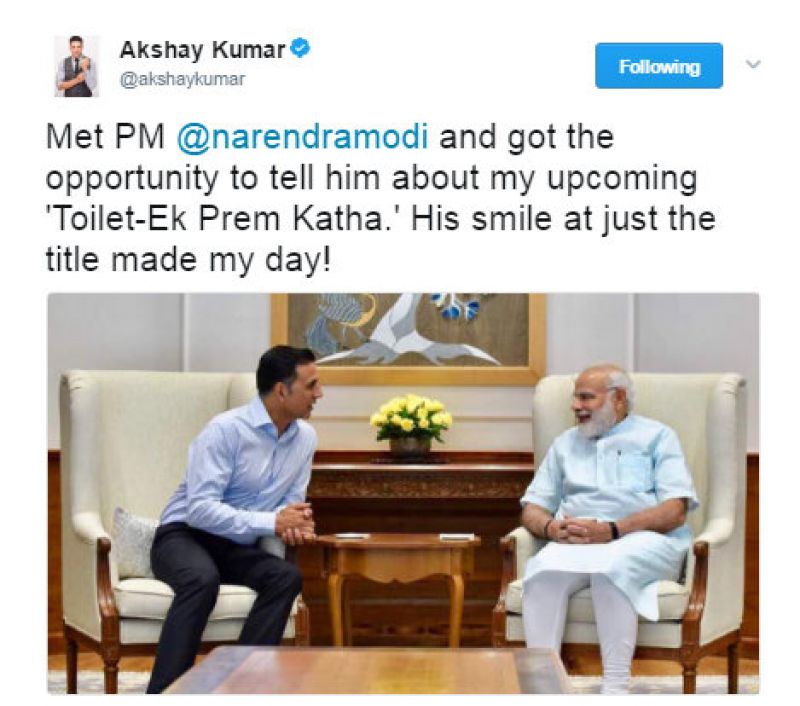 In fact, we are keen to know what discussion did Akshay have with the PM.

Akshay’s film ‘Toilet: Ek Prem Katha’, with Bhumi Pednekar, is based on the importance of sanitation and the need to have a toilet in every household to curb the increasing health issues among children and women who are prone to the harmful surroundings due to open defecation.

Talking about Narendra Modi as the PM of India, Akshay had told a daily, “With my hand on my heart, I believe 100 percent that we are not only in safe hands, but being led by a man with a conscience as well as a necessary fighting spirit.”

Looks like Akshay is an ardent follower of Narendra Modi.

The actor, who was earlier stereotyped for being an action and comic hero, has finally been able to break that barrier and has created a new image for himself.

The 'Khiladi' is now a true patriotic hero.

‘Ananya can laugh at herself’