Back to the grind! Janhvi Kapoor resumes shooting for Dhadak, see pics

Mumbai: Late actress Sridevi’s daughter Janhvi Kapoor has resumed shooting for her debut film Dhadak in Mumbai. The young actress who is all set to make her Bollywood debut, was photographed on the sets of the film. In the pictures, the ravishing Janhvi can be seen wearing a red and green-coloured sari and a red bindi. 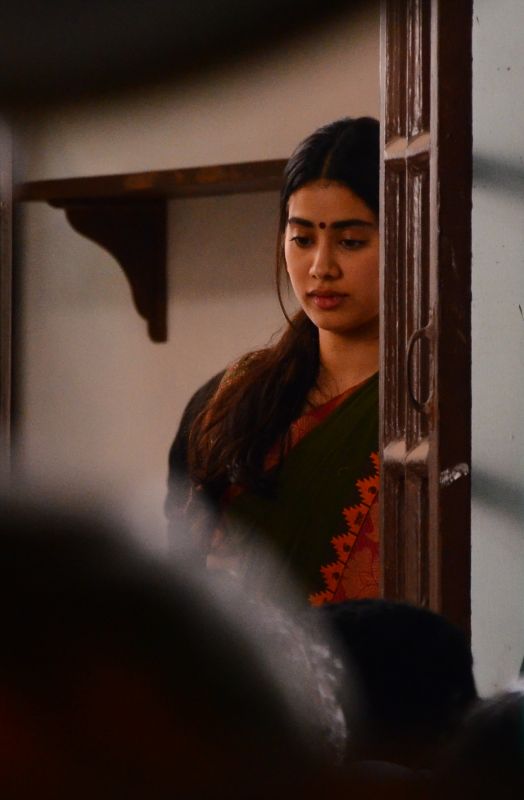 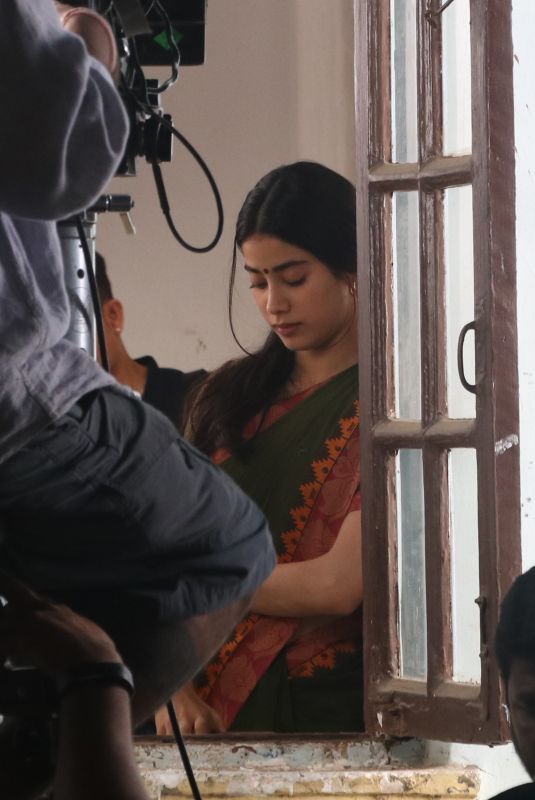 Team ‘Dhadak’ will reportedly shoot in Mumbai for a couple of days and will then resume shooting in Kolkata. 'Dhadak', an official remake of blockbuster Marathi movie 'Sairat', also stars Ishaan Khatter.

Speaking of the original film, Nagraj Manjule's 'Sairat' had gone on to create history by being the first Marathi film to gross over Rs 100 crore with near unanimous critical acclaim. It launched two fresh faces in Marathi cinema with Rinku Rajguru and Akash Thosar.

The film, to be helmed by Shashank Khaitan and produced by Karan Johar, is slated for a July 20, 2018 release.

■Go slow on Janhvi, Karan Johar tells team as they wait to resume Dhadak shoot
■Happy Birthday Janhvi: Her message for Sridevi makes us feel she was her ‘Dhadak’
■Janhvi, Ishaan twin for Dhadak; Sara’s debut Kedarnath stalled, bags Hindi Medium 2?
■Janhvi Kapoor to have solo item number in Dhadak, rehearses for it without break?
■Dhadak: Farah Khan choreographs Hindi version of ‘Zingaat’ for Janhvi-Ishaan starrer
■Is this the reason Janhvi Kapoor and Ishaan Khattar starrer Dhadak got delayed?

Dhadak wraps up; Aamir, Arjun, Ranveer spotted in the city