The picture of the clapboards shared by Parineeti Chopra on Twitter.

Mumbai: After Bhatts’ ‘Raaz’ series, Rohit Shetty's 'Golmaal' becomes only the second Bollywood franchise to make its fourth part. While the film, titled 'Golmaal Again', was announced few months ago, the cast and crew have finally kicked off the shoot on Thursday.

All the three parts of the film were successful at the box office and we can expect even better from the fourth part.

Parineeti Chopra, who replaces Kareena Kapoor Khan, the lead actress in the second and third parts, took to Twitter to share a picture of the clapboards of all the four films and added that the ‘madness’ begins today. 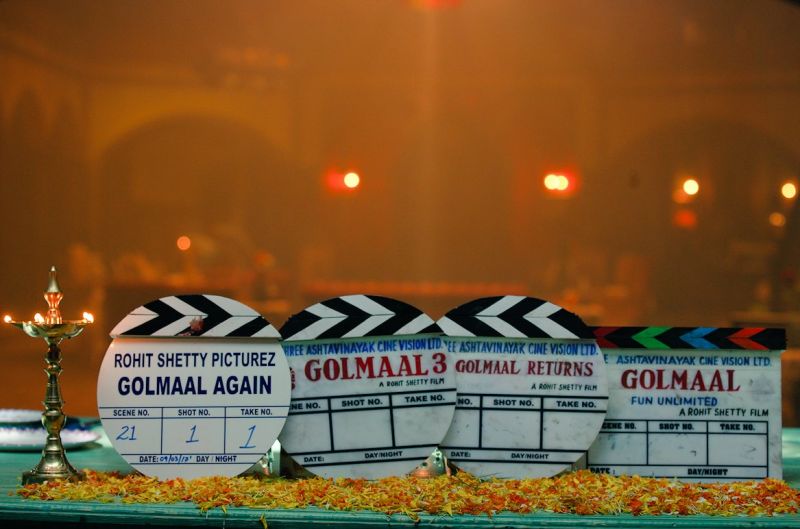 Apart from Parineeti, Tabu will be another female lead in the film with Ajay Devgn, Arshad Warsi and Tusshar Kapoor, who were part of all three parts, to spearhead the cast again.

It is not clear yet if Shreyas Talpade and Kunal Kemmu will part of the cast yet as Neil Nitin Mukesh has also been signed for the film and it is possible that he would replace either of the two.