Ranbir can be seen posing for pictures with police officials in Bhopal(Pic courtesy: Instagram/ ranbirkapooruniverse).

Mumbai: Ranbir Kapoor jas been keeping extremely busy these days, all thanks to Director Rajkumar Hirani’s biopic on Sanjay Dutt. After beefing up to look like Sanju Baba, the versatile actor visited Bhopal Jail where he was spotted shooting along with Hirani. 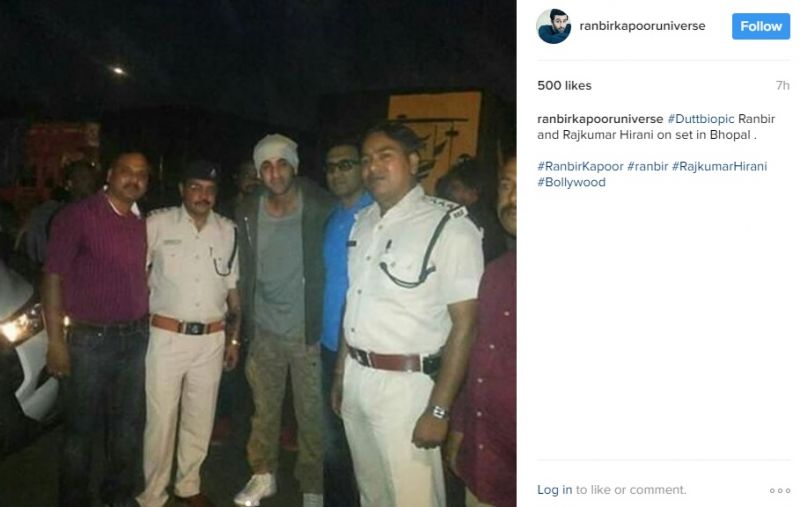 Anushka Sharma, who plays the role of a journalist in the movie, has flown down to Bhopal to shoot for her part. The actress is juggling between her upcoming flick ‘Phillauri’ promotions and Dutt biopic.