Mumbai: After Tusshar Kapoor became the first Bollywood celebrity to become a single father via surrogacy last year, Karan Johar has also become a single father through the procedure. Now sources from the Masrani Hospital in Andheri tell us that superstar Shah Rukh Khan, who resorted to surrogacy for the birth of his third child AbRam Khan, took Johar to the same hospital AbRam was born in.

“Yes! Shahrukh's surrogate baby Abram too was born here and SRK is responsible on bring KJo to our hospital,” confirmed the source. 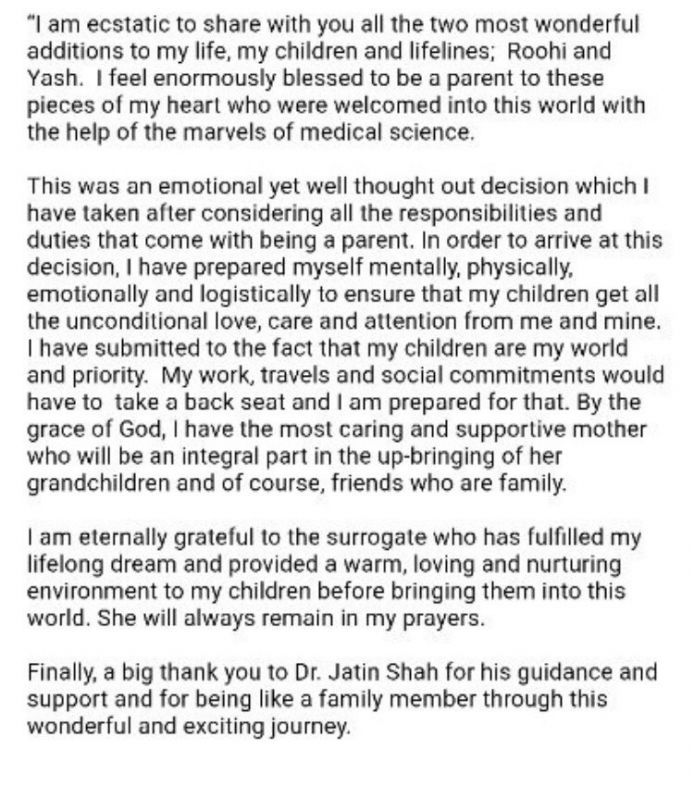 ■Karan Johar becomes father to twins via surrogacy, names them after parents