Mumbai: Arjun Kapoor is very excited about his first ever collaboration with filmmaker Vipul Shah. The director-actor duo is all set to entertain the audience with a romantic comedy film ‘Namastey England'. Recently, Arjun Kapoor put an Instagram story and his picture suggests that the actor has begun the preparation for his role.

He posted the picture and wrote, "To rehearse or not to rehearse that is the question" 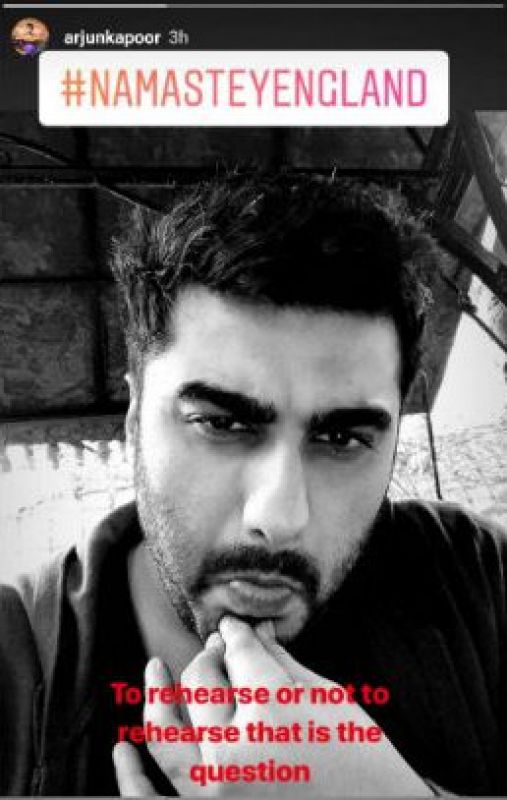 ‘Namastey England’ which is not a sequel to ‘Namastey London’, featuring Akshay Kumar and Katrina Kaif, is currently in the pre-production stage. The film which rolls in August will be shot in England, Paris, Switzerland, Brussels and Punjab.

Producer-Director Vipul Shah denied the speculation in the past that 'Namastey England' is the sequel of his previous film 'Namastey London' and said, "It's a totally fresh script and a new story. There's a possibility of the title working out really well, but it's not a sequel."