The trailer of 'Jai Gangaajal' was screened for Chandigarh’s fearless female cops.

Mumbai: Prakash Jha, who is presently busy with the city promotions of his next Jai Gangaajal, was recently in Chandigarh to promote his Priyanka Chopra starrer and the filmmaker met over 150 female cops in the union territory.

The ace filmmaker stated that he made the film on society-police relationship as the subject is very close to his heart. In fact, he roped in Neeraj Kumar, former Commissioner of Police, Delhi, as a consultant as he didn’t want to cite any incorrect laws and rules in the film.

The trailer of the movie was screened for Chandigarh’s fearless female cops and it received an overwhelming response from them, much to the filmmaker’s delight. Vega Tamotia and Rahul Bhatt, who are playing key roles in the film, were also present at the do. The female police officers even posed for selfies with the film's team, post the event. 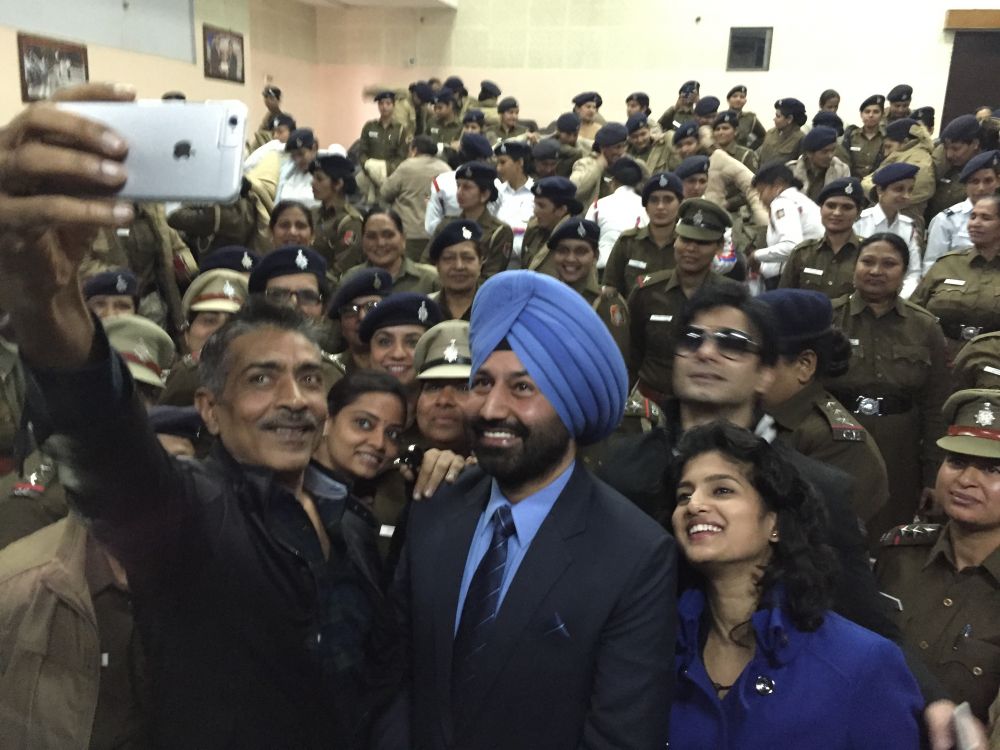 Written and directed by Prakash Jha, produced by Prakash Jha Productions and Play Entertainment and co-produced by Milind Dabke, Jai Gangaajal revisits the dusty heartland of Central India and examines the society–police relationship. Starring Priyanka Chopra, the movie is all set to release on 4th March, 2016. Jai Gangaajal is not a prequel or a sequel to Ajay Devgn starrer Gangaajal but is a fresh story.