Poster of the award winning film 'Alif' is out and it looks intense!

Alif was showcased in Aligarh Muslim University where it has been greatly applauded.

Mumbai: The makers of the award winning film ‘Alif - Ladna nahi padhna zaroori hai,’ have released its poster today. The movie that is narrated by Jaya Bachchan is written and directed by Zaigham Imam and produced by Pawan Tiwari and Zaigham Imam.

`Alif’ is a movie about a father and his ambition to make his son a doctor. It’s a story of his fight with the orthodox seminary education and his fellow neighbors. The movie was world premiered in Australia’s famous Indian International film festival of Queensland in last November and it has been screened in many well-known universities of India. Recently, the film was showcased in Aligarh Muslim University where it has been greatly applauded. The film has won Best Screenplay and Best Child Artist award in Bioscope Global film festival. 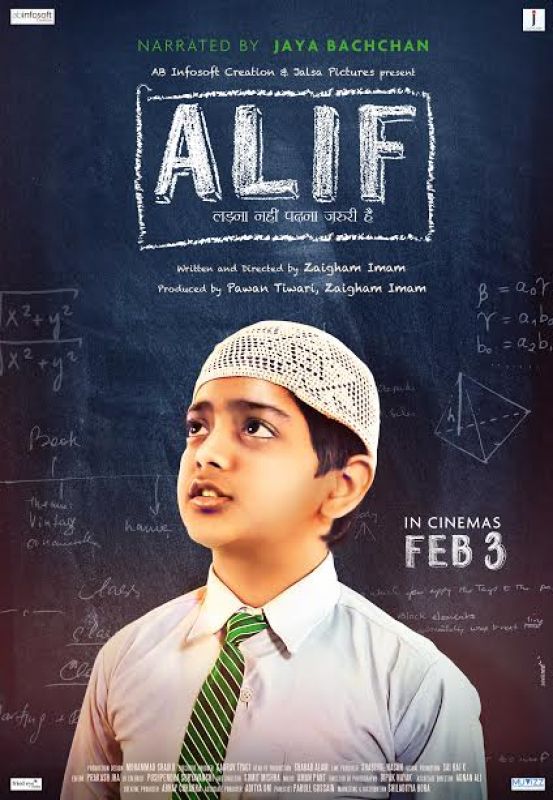