Priyanka poses with Meryl at the 74th Golden Globes Awards.

Mumbai: Bollywood actress Priyanka Chopra, who is slowly but surely making her mark in Hollywood, attended the prestigious award show, the 74th Golden Globe Awards. The actress who looked ravishing in her golden dress presented an award along with actor Dean Morgan.

The ‘Quantico’ famed star was spotted having a gala time at the event which further elevated when she met actress Meryl Streep. Priyanka shared her picture posing with Meryl, who won a Lifetime Achievement award, on Twitter. Priyanka captioned the photograph with Meryl’s quote and called herself a fangirl.

She wrote, “Quoting my favourite #MerylStreep, as I call an end to this night...when u have a broken heart..make art. You are astounding.#fangirl 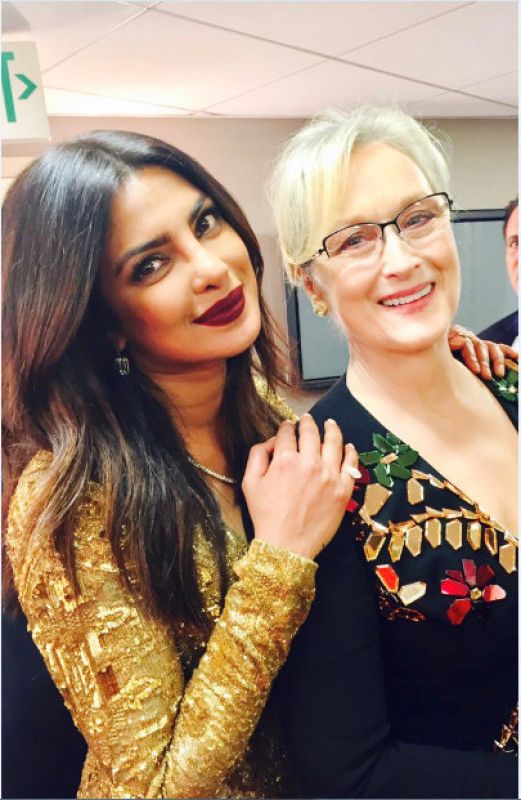 Tinsel town abuzz again as big-ticket flicks up for release