Mumbai: Ram Gopal Verma took the internet by storm on Monday by announcing his '340 crore magnum opus', 'Nuclear'. The film is to be based on a fictionalised heightened Indo-Pak conflict culminating in the third world war. 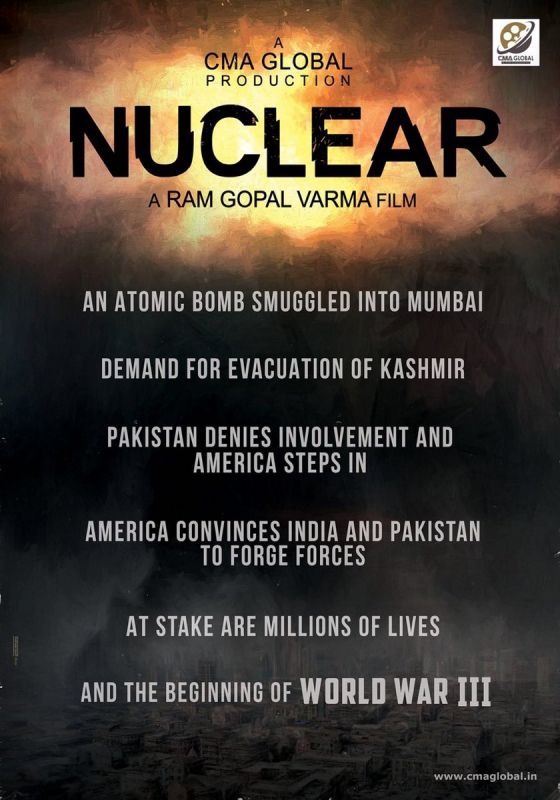 However, for a film touted to cost double the amount India's costliest yet did, the film had an extremely tacky first look poster.

While most got to ridiculing its shoddy production, one Twitter user pointed out a striking similarity with a 2007 award winning  Playstation 3 advertisement. 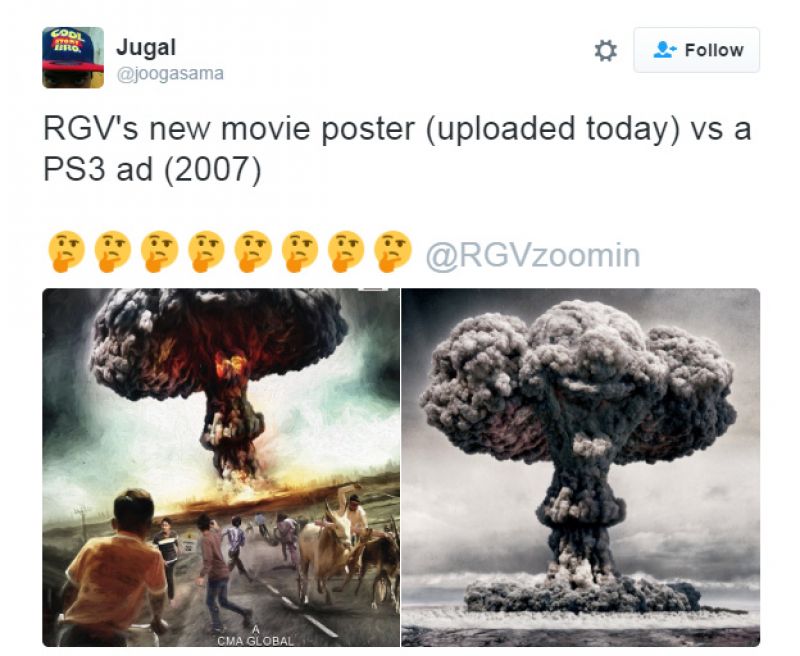 Upon closer scrutiny, one would realise that the clown going up in smoke is a near blatant lift from the advertisement. The Mushroom Clown, PS 3’s had been developed by French advertising agency TWBA Paris by Erik Vervroegen, Philippe Taroux, Benoit Leroux, Anne Vincent and Thomas Mangold, for Sony. 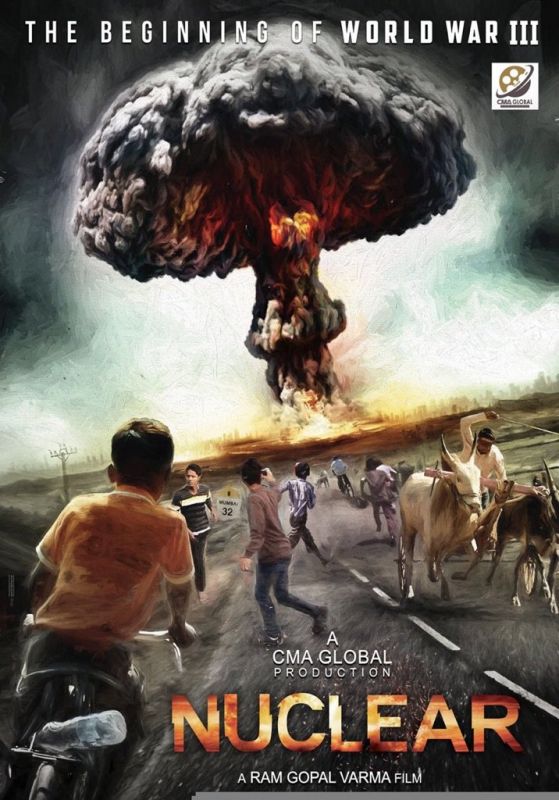 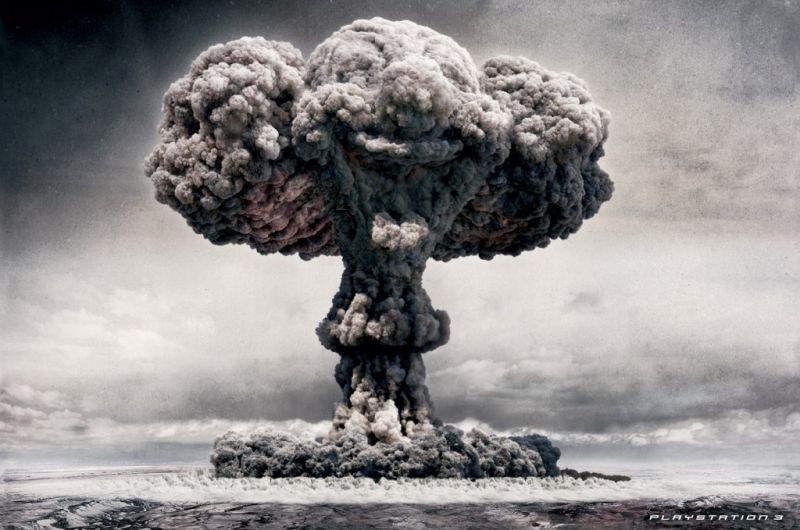 The plagiarism that borders on the pirated lifts high-schoolers do to finish their class projects, is a humbling embarrassment for the ace director, who seems to have spoken too soon, characteristically enough. At a time when it is extremely convenient to buy stock images for your visualising projects, a 340 crore project seems to have found it justifiable to lift well-documented content off Google search.

Either the makers were too lazy to not try and me or tacky, or they just purely don’t acknowledge their audience’s ability to be discerning.

Either way, for someone who’s known to grandly announce projects to ultimately put them in the backburner or shelve altogether, Ram Gopal Verma’s this ‘Baahubali’ inspired grandiose epic in the making sure hasn’t got off to a great start.

Priyanka Chopra to team up with Raj Nidimoru-Krishna DK?