I am a reel hero, you are the real hero: Akshay Kumar on BSF jawans

Akshay Kumar has given Rs 9 Lakh to th family of a martyred jawan in the past. (Pic courtesy: Instagram/akshaykumarlive and akkistaan).

Mumbai: Akshay Kumar flew down to J&K and visited BSF Camp to pay homage to the martyrs who have lost their lives to ceasefire violations and encounters across the LoC. The superstar went on his own chartered aircraft and did not let the government pay for his visit. He had even refused to take security cover. 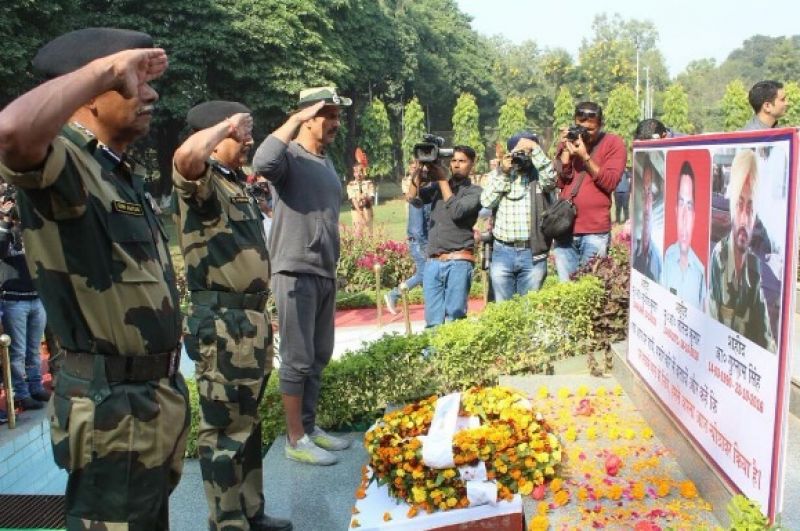 He addressed thousands of jawans at the BSF Jammu frontier headquaters and called himself ‘fortunate’ that he could meet them. 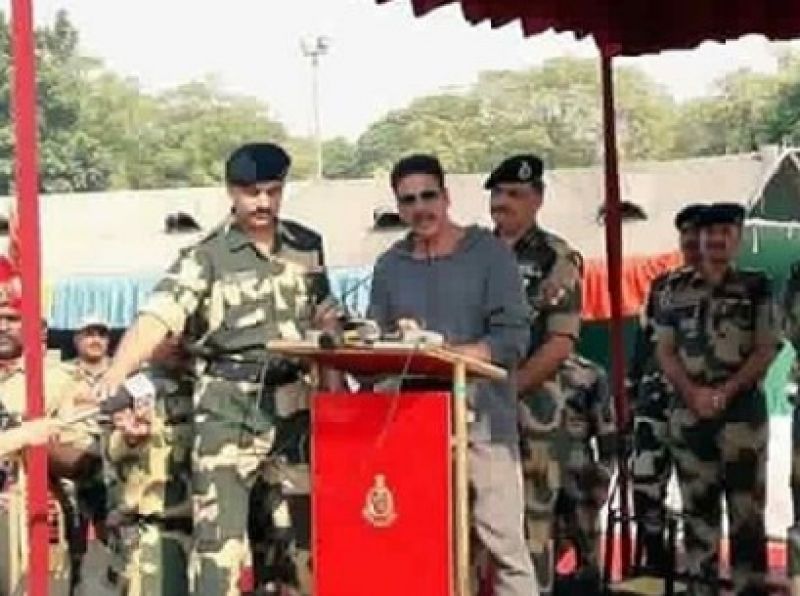 "Fortunate that I got the opportunity to come and meet you. I have always said I'm a reel hero, you are the real hero,” Akshay was quoted as saying.

After paying homage to the martyrs, the actor was seen posing for pictures with the jawans and shaking hands with them.

In the past, Kumar had also provided monetary assistance to the families of BSF martyrs and had contributed Rs 80 Lakh to the army.

While addressing the jawans, the ‘Rustom’ star suggested that the army could design an app for those who are keen on helping the armed forces. The superstar also visited the International Border in Suchetgargh and interacted with the BSF troopers. 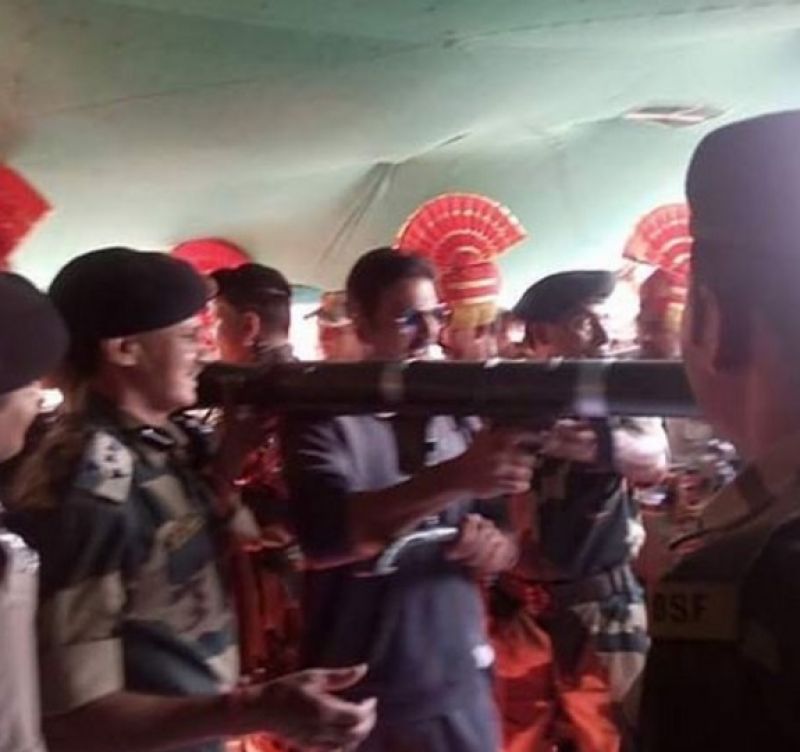 "I have come to tell them that the country is proud of them and all of us stand firmly with them,” he said.

Akshay, who is shooting for his upcoming film ‘Toilet- Ek Prem Katha', flew back to his shoot location.