Mumbai: Almost every Bollywood star has a dance move, pose or a dialogue that is known as his/her signature style. Salman Khan’s shirtless pose, towel dance and posing with his glasses tucked behind his shirt (in 'Dabangg') are just one of those signature statements that the actor made on silver screen, but seems like very soon, the actor is going to add a new one in the list!

Salman, who is currently busy shooting for his upcoming film ‘Tubelight’ in Manali, recently, shot a new song for the film. We got our hands on the video where we see the actor prepping for the final shot. Dressed in red cut-off sweater over a full-sleeved shirt, the actor is seen practicing some new dance steps, which have the potential of becoming his new signature dance moves. The song’s music has a typical soothing ‘pahadi’ vibe to it. The actor shot for the song in the middle of a jungle with country folk dancers.

In another picture, which was shared by the film’s director, Kabir Khan himself, we see Salman surrounded by dancing locals. 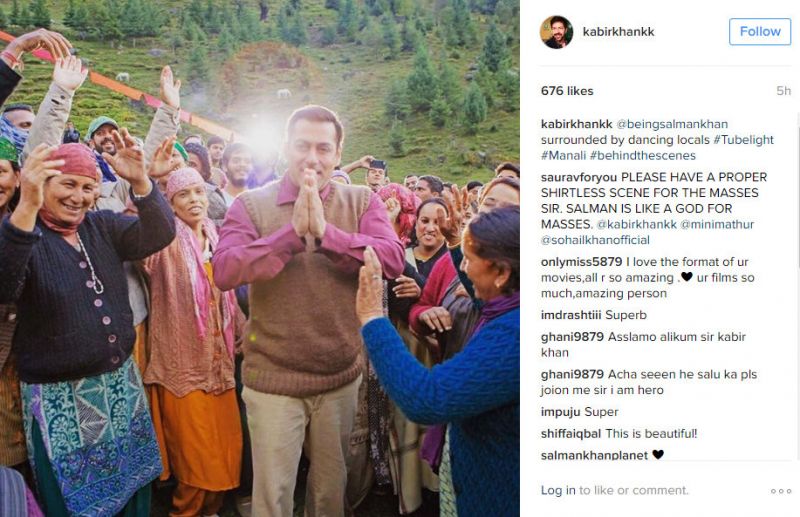 With all these new stills from the film, we just can’t wait for ‘Tubelight’ to hit the screens.

A video posted by Salman Khan Severler (@salmankhanteamturkey) on Oct 6, 2016 at 1:10pm PDT

Sanjay Dutt back at work