Shah Rukh Khan will next be sene in 'Raees,' 'Dear Zindagi' and 'The Ring'.

Mumbai: Shah Rukh Khan has fans spread across the globe, transcending demographics and it's for this very reason that he's counted amongst the biggest stars in the planet, today.

The actor, who's known to enjoy a tremendous fan-base across Europe, has been surprised by an immensely touching gesture by his fan association based out of Turkey.

The 'Fan' actor's fans have conceptualised and launched a café themed around his sprawling, iconic bungalow in Mumbai. The fan association have even christened the café, 'Mannat Land's End Café.' 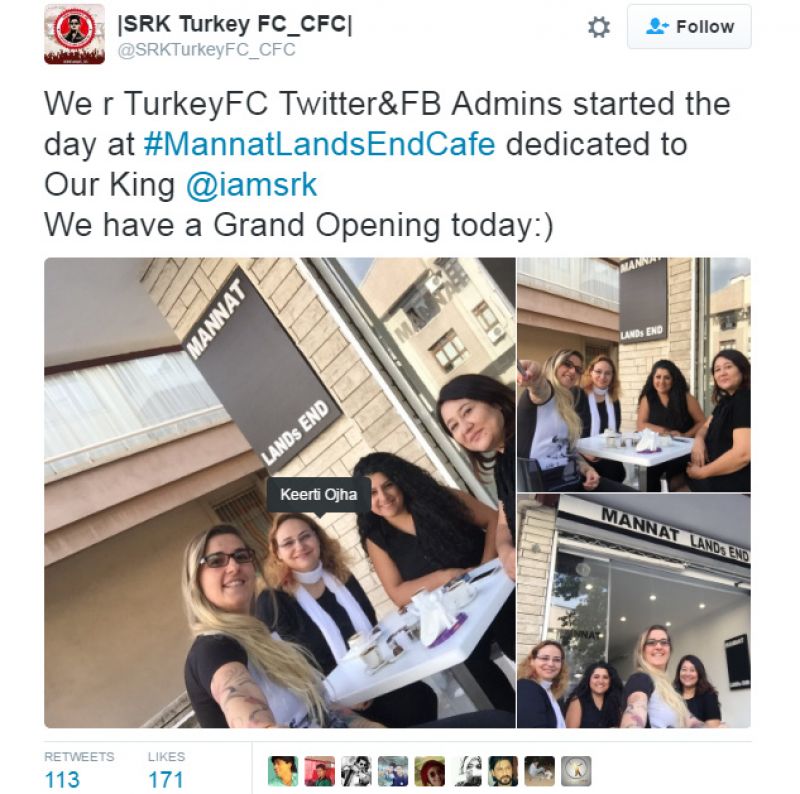 The pictures are enough to give SRK's staunchest of critics, warm fuzzies, out of sheer respect to the effforts put in by the fans. 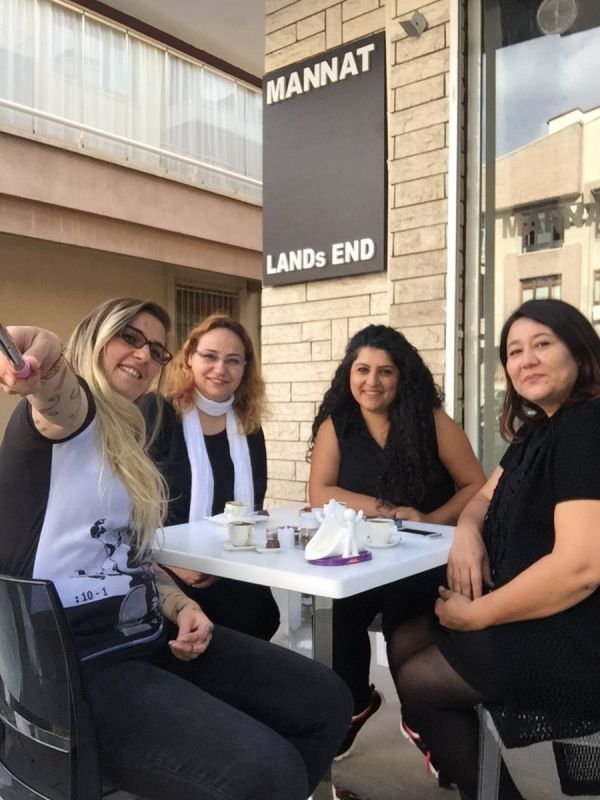 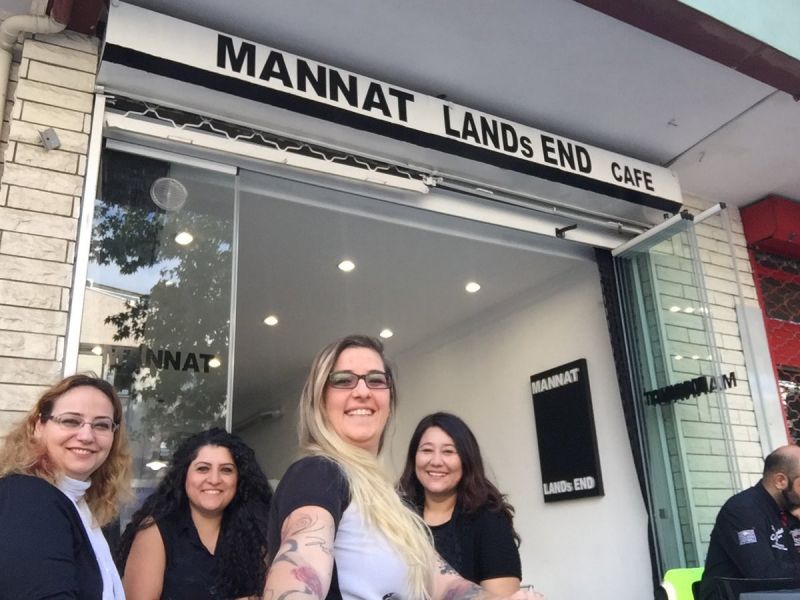 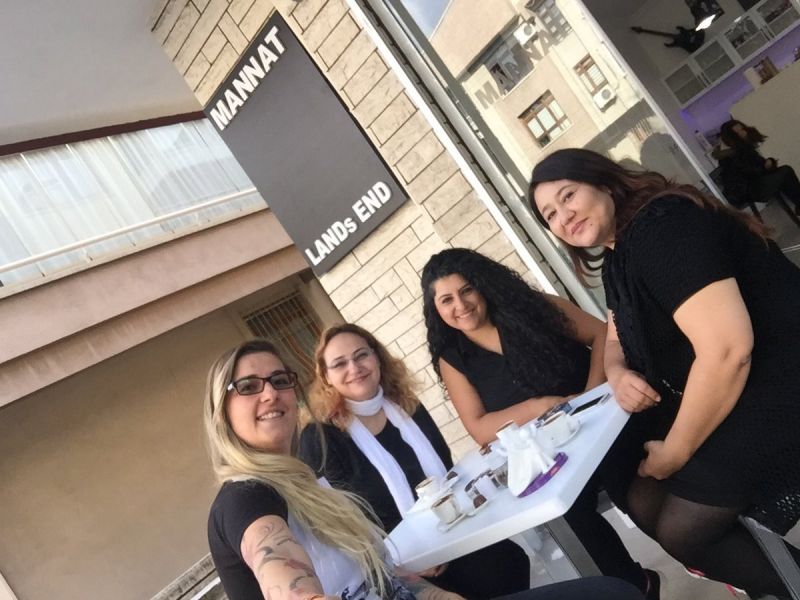 An overwhelmed SRK told the fans to go over for coffee and even promised to sign off coffee mugs as memorabilia. 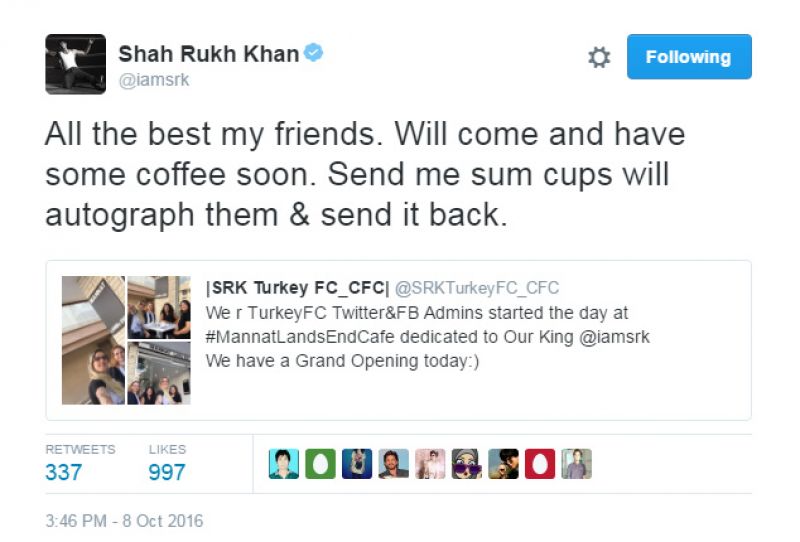