I told my mom to pray about me becoming an actor: Sanya Malhotra

Mumbai: Sanya Malhotra is well-known for her versatility in acting and brave and bold movie choices. The actress was recently invited to talk at an event in Gurugram which is also happens to be her hometown. The actress was seen talking about her early life and different aspects of her acting career at the event where she talked about her journey as an actor and Delhi, her heartland.

On being asked about her love for Delhi and the decision of becoming an actor Sanya shares, “To be honest, I mean after coming to Delhi I feel so good because it's been ages since I have spent time with my family. And because of this event, I got to spend time with my family, so thank you so much for having me here. I was a kid and we lived in Japan for two years and I was home-schooled by my mom and one day I asked my mom that what do you want me to be when I'm old and my mom answered saying that she would want me to become a doctor or an engineer and I got so paranoid at that moment and I started thinking that if my mom is praying this to god then she should stop right there and I told her that you should pray about me becoming Ms.Universe or an actor. And now I'm living my dream” 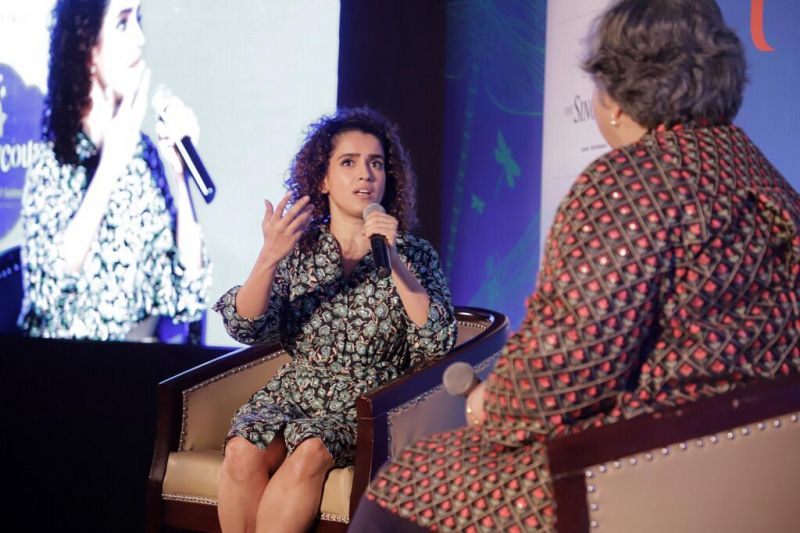 Sanya Malhotra at the event.

Sanya was in her hometown after a really long time and she is planning to spend some quality time with her family and the actress was extremely excited to interact with her fans at the event where she also jiggled a leg on-stage with her fans. 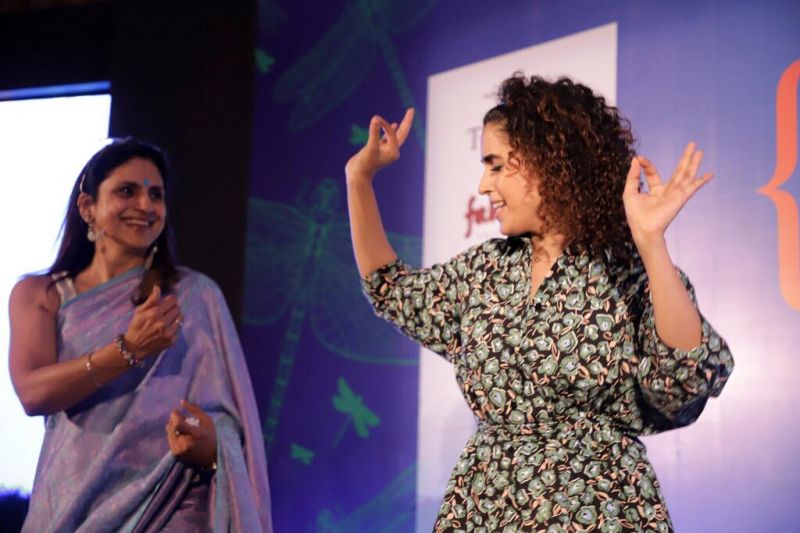 The actress made her debut in Bollywood with the highest grossing movie of all time, Dangal and since then, she has been a favourite in the industry for not just the audience but also, the directors and artists all over.

Sanya is known for her breakthrough performances in the movies namely, Dangal, Badhaai Ho and the recently released, Photograph shares how shooting with Anurag Basu has been the most delightful experience for her as she has never worked in this pattern for any of her projects till now.

Recently, garnering acknowledgement and appreciation from across the globe, Sanya Malhotra was listed in the esteemed 'Berlinale Breakouts: 5 talents to watch', owing to her path-breaking artistry that received the applaud after the screening of her films at International film festivals.

Sanya last shared the screen with Nawazuddin in the critically acclaimed Photograph. The actress will now be next seen in Anurag Basu's upcoming film.