Salman Khan came out to his balcony at 7.30 pm for a minute and was accompanied by his father, Salim Khan. Photo: Viral Bhayani

Mumbai: Trust our celebrities to go all out to ring in the festivities. Salman Khan celebrated Eid with his family and stepped out to greet hundreds of fans gathered outside his apartment in the evening.

The actor who came out to his balcony at 7.30 pm for a minute, was accompanied by his father, Salim Khan and bodyguard, Shera. 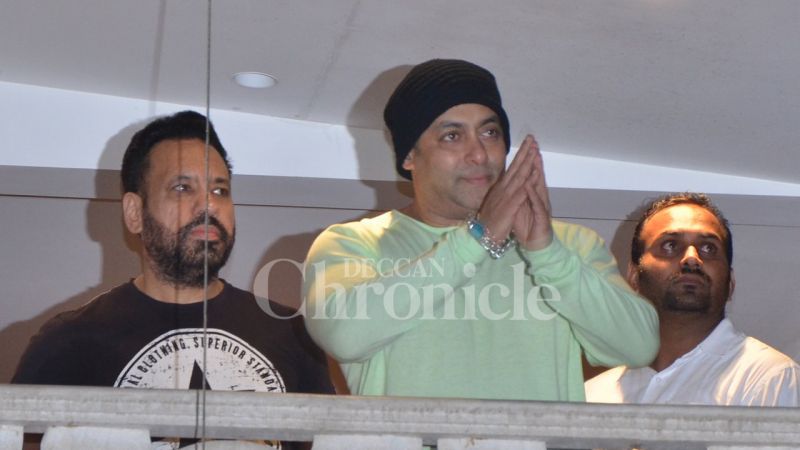 Salman Khan, who recently stirred a controversy after his 'raped woman' comment, failed to show up before the Maharashtra women's panel on for the second time on July 7. The actor has been given a "third and final" chance to appear on July 14, failing which he may face an FIR or police complaint.

On work front, Salman's 'Sultan' managed to rake in over Rs 40 crore on the first day of its release (July 6). Several industry experts have predicted that the film will do a business of Rs 150 crore over the five-day weekend.