In another part of the city, going by his yearly Eid ritual of greeting his sea of fans outside Mannat , Bollywood star Shah Rukh Khan didn’t disappoint anyone.

Sara Ali Khan and Kartik Aaryan, who are shooting for Imtiaz Ali’s yet untitled film, took out time from the shoot and celebrated Id al-Fitr together. But it was not a celebration in isolation; rather the two decided to venture out on the roads to sample the special delicacies. The two young actors covered their faces carefully and were out on the road sans their bodyguards. Kartik posted the picture on his Instagram and wrote, “Eid Mubarak (sic).” Unlike Imtiaz’s previous two films— Jab Harry Met Sejal and — which were set in foreign locales, this one is beingshot in Punjab and Delhi. 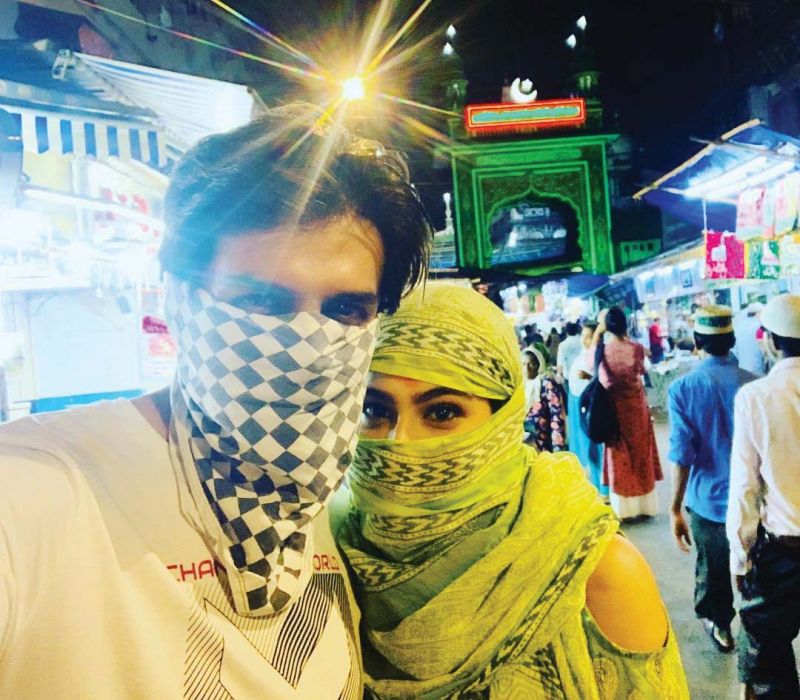 In another part of the city, going by his yearly Eid ritual of greeting his sea of fans outside Mannat , Bollywood star Shah Rukh Khan didn’t disappoint anyone. Rather this Eid, he  was accompanied by a well-known face from Hollywood. Clad in a pathani salwaar kameez, SRK waved to fans, with Hollywood comedian, writer and host David Letterman next to him.

Just last month, SRK was in New York to shoot an episode for My Next Guest Needs No Introduction with David Letterman. And now the friendship seems to be cementing well.