Sonam Kapoor finally got married to Anand Ahuja in a traditional Anand Karaj ceremony in the morning.

The wedding took place in a bungalow in the suburbs, which belongs to Sonam’s aunt Kavita Singh, where the couple had their phera and sindoor ceremony.

Most of them however even took to Instagram to congratulate the couple on their new journey. See them here:

You have the biggest & bestest heart Sonam Didi & I couldn’t be happier that you’ve found someone as awesome as you are, who will treasure you beyond infinity ❤️ @anandahuja welcome to the family!! #EverydayPhenomenal ✨💕

Those who couldn’t attend the wedding, like Anushka Sharma, Alia Bhatt, Shraddha Kapoor, Bipasha Basu Singh Grover and others, congratulated the couple too. Here are their wishes:

Happiness, love & a life time of joy to you both @sonamakapoor & @anandahuja & Welcome to the club 😉! It’s such a beautiful journey of life, love & growth 💑✨💫 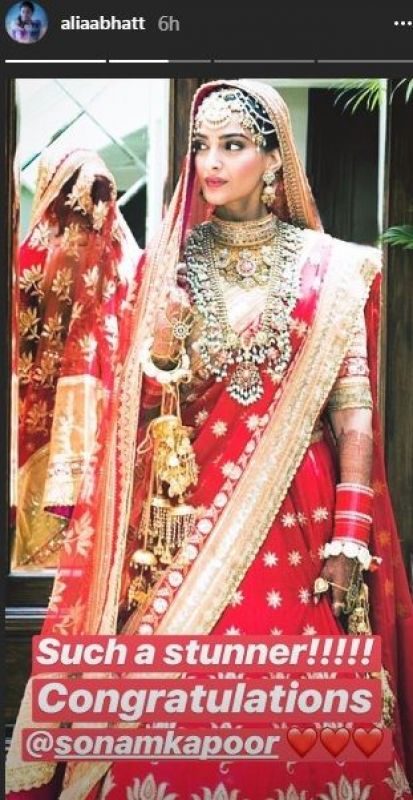 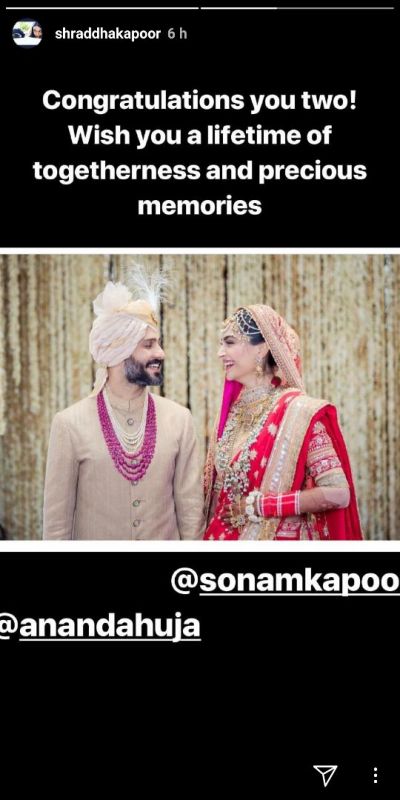 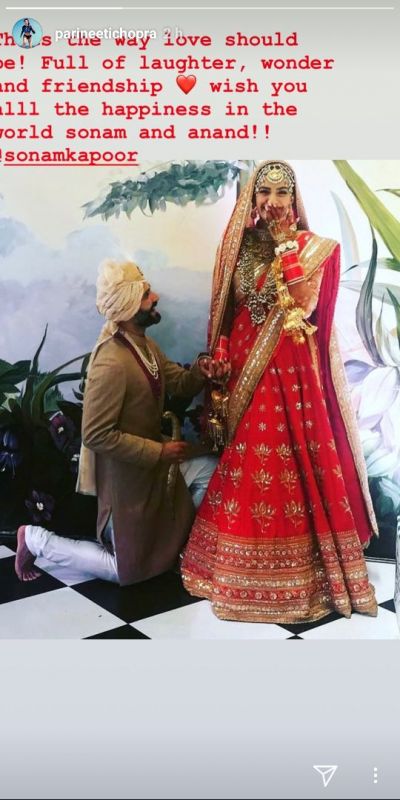 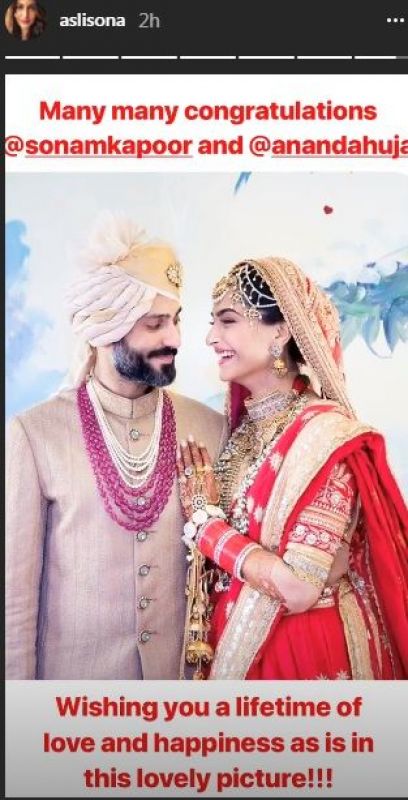 Sonam Kapoor Ahuja is now preparing for her reception which is expected to see some big names.