Virat wishes one of the 'most important women in his life,' Anushka, on Women's Day

Virat and Anushka have been going steady since a while now.

Mumbai: Virat Kohli just had an amazing second Test against the dominating Aussies with a shock overture on the fourth day and the ace cricketer is evidently in a happy space.

Virat has often credited his coaches and family for his mercurial rise.

He took to his Instagram feed on Women's Day to wish the two most important women in his life, his mother and girlfriend Anushka Sharma. 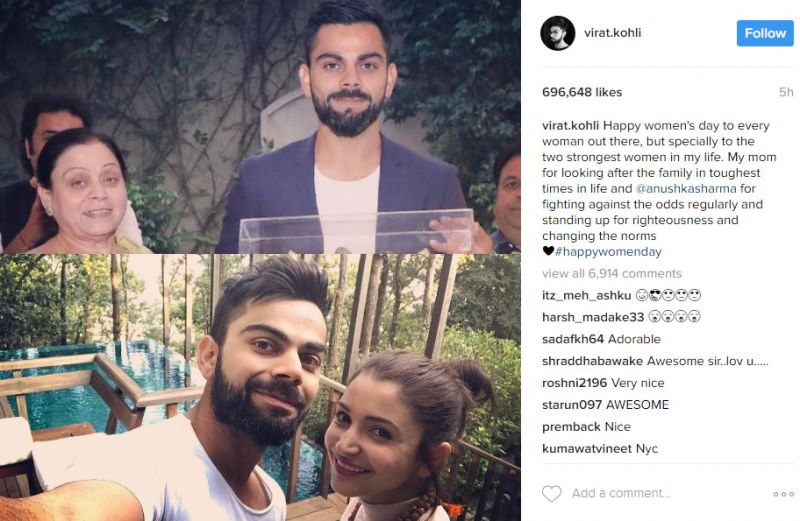 Virat and Anushka, who had been in a very public relationship, had briefly separated, only to reconcile later.

The couple has been going steady ever since, albeit not as open about their relationship as before.

■Video: Swara Bhaskar and Taapsee Pannu tell you how much cleavage you can reveal
■Feminism is an abused term now: Anushka Sharma
■I don’t let myself be influenced by what others might think: Anushka Sharma