Mumbai: The handsome hunk of Bollywood and the latest entrant to join the brigade of hottest young actors, Kartik Aaryan recently had his own fanboy moment while promoting his soon to be released film ‘Sonu Ke Titu Ki Sweety’ on the sets of India's Next Superstar.

The show is being hosted by Bollywood's stalwarts Karan Johar and Rohit Shetty.

Kartik along with the cast of film visited the show to promote his film where he got his moment to click a selfie with Karan and Rohit.

Kartik is a huge a fan of Karan and Rohit, he is closely associated with Karan and sharing the dais with them was a moment to capture for a lifetime. Here's the pic: 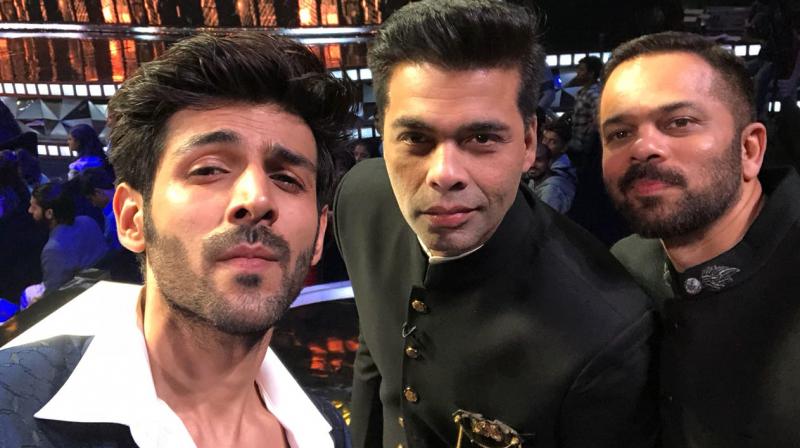