Quite the multi-talented lad!

Mumbai: Ibrahim Ali Khan sure has inherited his father's chocolate boy charm, even holding a close resemblance to Saif.

However, there seems to be another genetic trait that the tall and handsome boy seems to have inherited. But not from his father.

Ibrahim, who's the grandson of legendary cricketer Mansoor Ali Khan Pataudi aka Tiger Pataudi, recently attended a cricketing match organised in his memory.

He was accompanied by aunt Soha Ali Khan and Kunal Khemu. 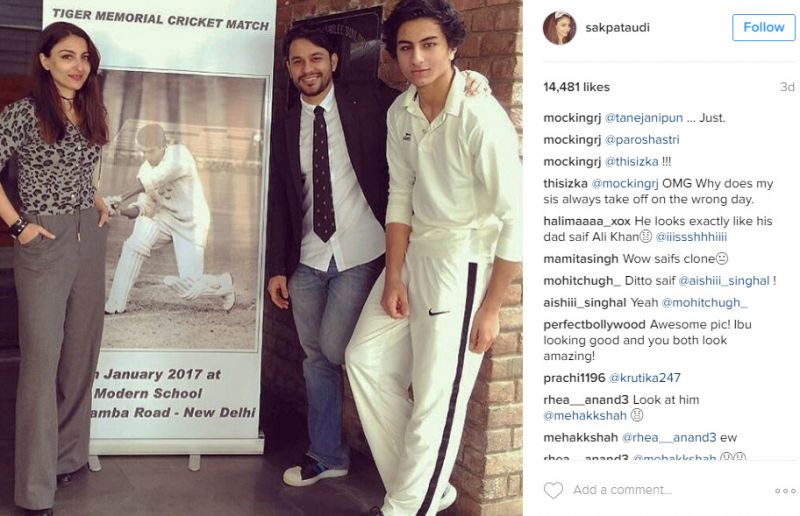 The lanky, athletic teenager played his heart out and impressed everyone with his cricketing abilities. 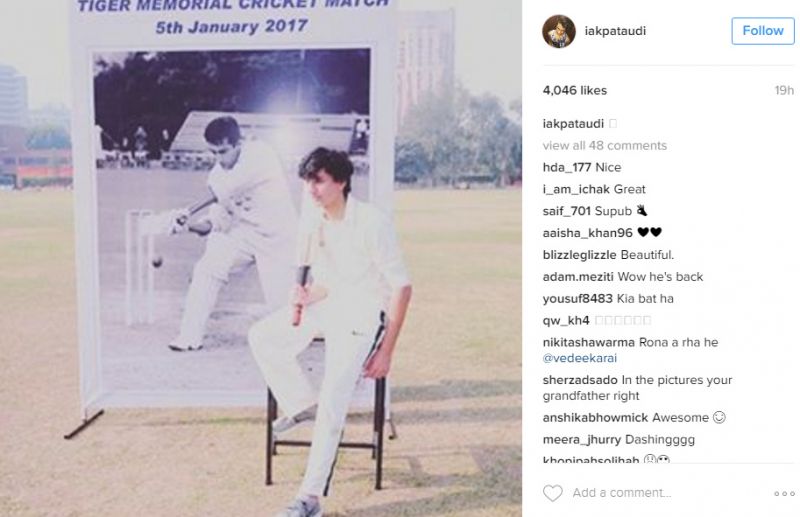 While it is but a mere formality for him to make his debut, like sister Sara Ali Khan, who's well on course for her, the multi-talented boy has already begun turning heads. Can't complain!