Shahid Kapoor and Katrina Kaif are yet to do a film together.

The cyber group, named Ayyildiz Tim, posted a series of tweets in Turkish language and in one of them, it criticised the portrayal of Alauddin Khilji in Shahid's film ‘Padmaavat’ which released in January this year.

The 37-year-old actor played the role of Raja Ratan Singh while Khilji was portrayed by Ranveer Singh.

In another tweeted, the group shared the song ‘Mashallah’ from the film ‘Ek Tha Tiger’. ‘I love you Katrina Kaif,’ it captioned the tweet. 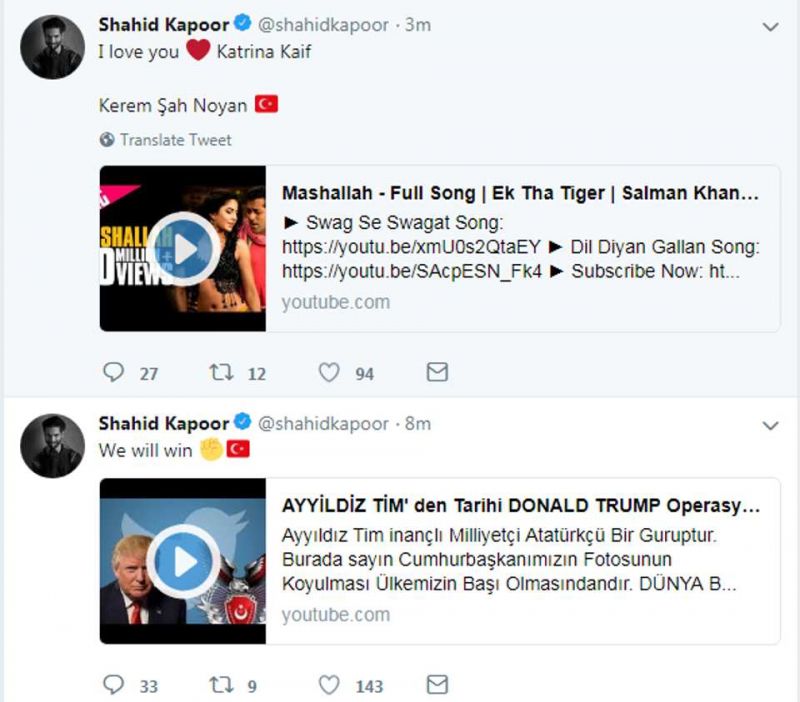 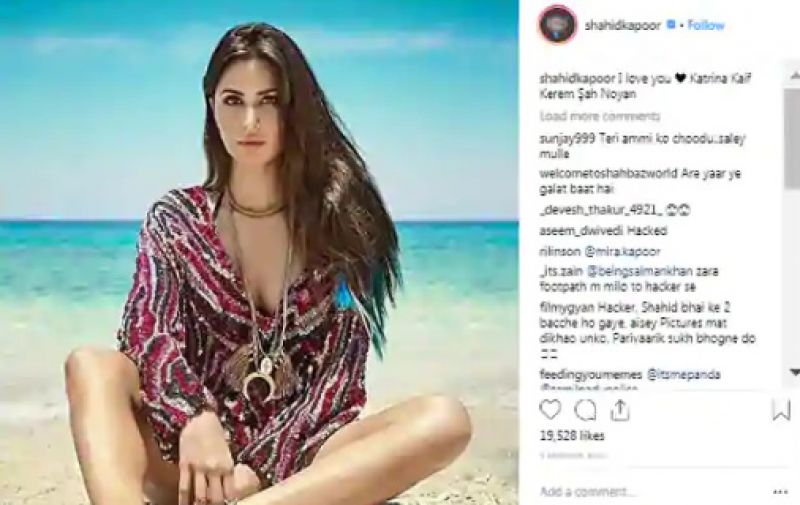 Another tweet contained a video of the title song of Raj Kapoor's film ‘Awara.’

The 37-year-old, who welcomed a baby boy on the same day, began the message by thanking everyone for their wishes. "Hey guys thank you for the wonderful wishes. My Instagram and Twitter have been hacked. Just got my Insta back."

Shahid further said that his team is "working on sorting Twitter. So please know it's not me and avoid any interaction."

The Twitter handle was restored after an hour during which the group posted close to 20 tweets.