Ram Rahim has taken over MSG’s third instalment, because who else would?

Screengrabs from the kaleidoscopic genius of a trailer.

Mumbai: Ram Rahim Singh is a man with enviable chutzpah. He made 'MSG: The Messenger of God,' a film that was universally ridiculed with aplomb, a film that was mired in grievous legal controversies but he saw it through and he followed it with a zanier sequel.

The filmmaker-actor-musician-god's absolute lack of finesse and narcissistically self-indulgent plot-points led to the films being rendered unintentionally hilarious, making them the cults that they are today.

And Ram Rahim is back with the third part in his franchise, 'MSG The Warrior' and the trailer of this film is unlike anything cringe-worthy you've seen in recent times.

The 218 seconds long teaser has Ram Rahim massacring something that holds eery semblance to a UFO, which we are sure wasn't his intention.

Ram Rahim's humility when it comes to expressing his affluence is quite commendable as well.

The demi-god has his psychedelic moments and he doesn't mind letting his hair down and 'charze' his love, once in a while.

Ram Rahim being his humble self, also has no qualms seeking  help from... well, Ram Rahim.

He also introduces the majestic parallel lead of his film, midway through the trailer.

Ram Rahim does get challenged by infinitesimally stronger monsters, but, 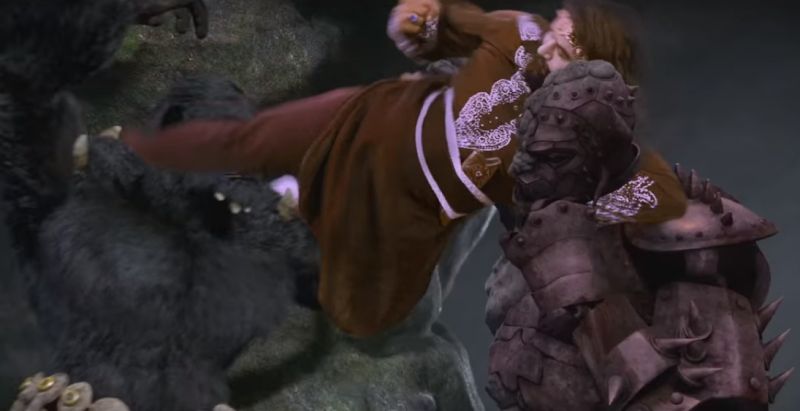 Last, but absolutely not the least, Ram Rahim Singh, known for being munificent, copiously credits every single contributor in his film, at the end of the trailer. 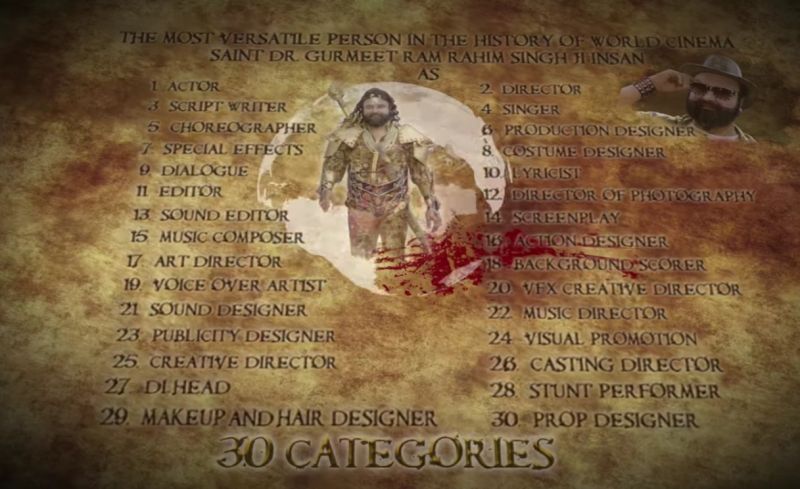 Believe us we won't force you to, but if you must, watch the trailer here: