Abhishek, however, chose to reply to Mittal's troll.

Mumbai: Amitabh Bachchan recently wrote a public letter to his granddaughters, Aaradhya and Navya Naveli, to not get bogged down by some of the negative attitudes against women, and rather follow their own choices and take their own decisions.

While the women empowering letter was appreciated by many, Bachchan was also trolled for using it is a promotional tool for his upcoming film ‘Pink’ releasing on 16 September.

Stand-up comedian Aditi Mittal, one of the participants of the infamous Roast show featuring Karan Johar, Ranveer Singh and Arjun Kapoor, was also one of the trollers of Bachchan’s action.

A user who replied to Mittal’s tweet, brought up the past, and mentioned, on the basis of published media reports, how Bachchan had got his daughter-in-law Aishwarya Rai married to a tree when she was engaged to his son Abhishek.

Abhishek, however, chose to reply to Mittal's troll.

Mittal, then took a step back and then Abhishek took over. 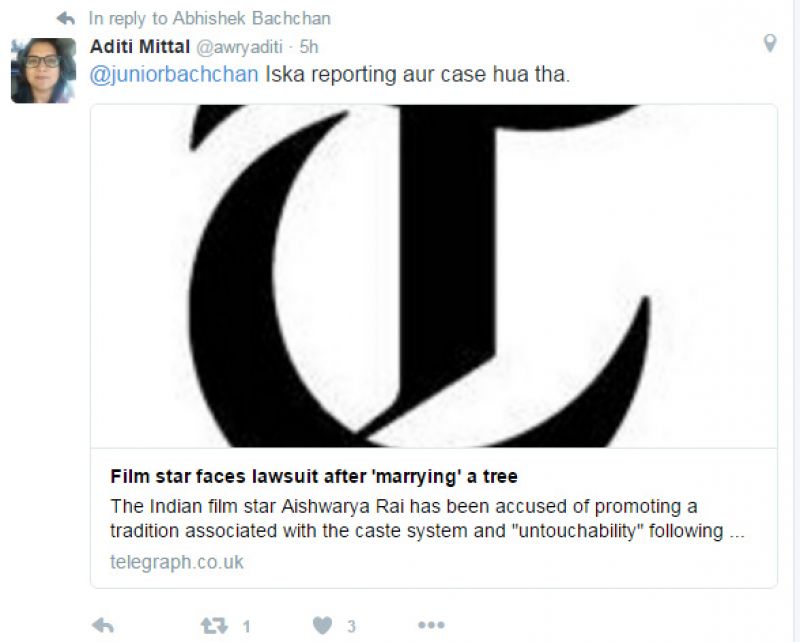