Priyanka Chopra and Nick Jonas are reportedly planning a professional collaboration too.

Mumbai: Is Priyanka Chopra engaged? Why did she walk out of ‘Bharat’? Have these questions replaced ‘When will Salman Khan get married?’ as something that becomes a part of headlines, but remains perennially unanswered.

Ali Abbas Zafar, director of ‘Bharat’, mentioning Nick (Jonas) while announcing her exit from the film, had set tongues wagging about the couple being engaged and possibly planning marriage soon.

It’s not confirmed if that was indeed the reason, but Priyanka’s unusual gesture at Delhi airport on Monday as she arrived for an event, have raised eyebrows.

The actress, on spotting the cameras, was seen shrewdly removing a ring from her finger and placing it into her jeans pocket, as she arrived with her entourage at the capital airport.

Was it the engagement ring? Why the sudden movement?

Later in the day, at the event for which she arrived in Delhi, the actress was, however, seen with four rings and there was no hide-and-seek game there. 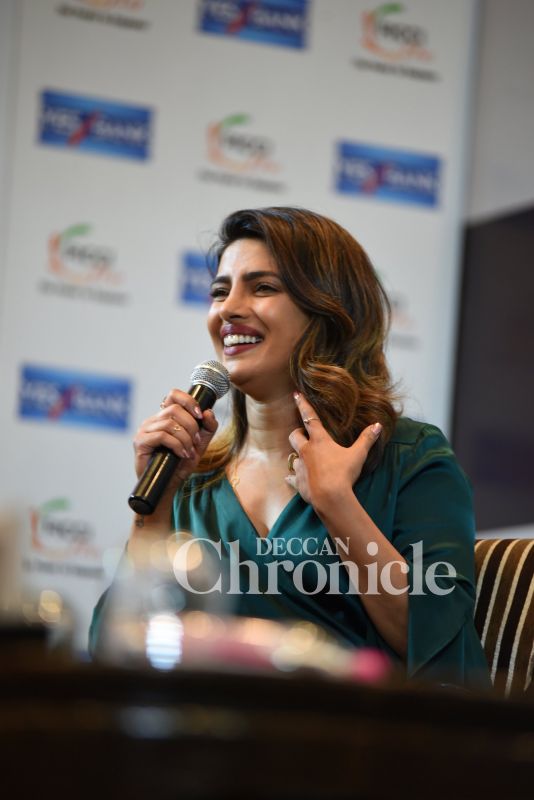 When asked about it at the event, she said her personal life is not for public consumption, and that she needn’t defend or explain it to anymore.

This is the not the first time Peecee has done that at the airport. About two weeks ago, she did the same at Mumbai airport, and was seen looking at the ring on her finger and then putting it into her jeans’ pocket.

Fans might surely be restless to know the answer to these gestures, and if she’s indeed engaged.