Actress Diana Penty made her acting debut with 'Cocktail'.

Mumbai: Producers Aanand L. Rai and Krishika Lulla have joined forces yet again for this cross-border romantic comedy after ‘Raanjhanaa’ and ‘Tanu Weds Manu Returns’, written and directed by Mudassar Aziz. ‘Happy Bhaag Jayegi’ keeps Aanand L. Rai’s trend of unusual pairing even as a producer and will see the exciting pairing of Abhay Deol, known for his character driven roles and Diana Penty, who made her big Bollywood debut with ‘Cocktail’.

The makers have launched a brand new poster of the film which is quirky and interesting. In the poster, we see Daina Penty in a bridal outfit, wearing sneakers and carrying bag pack and is all set to run away. 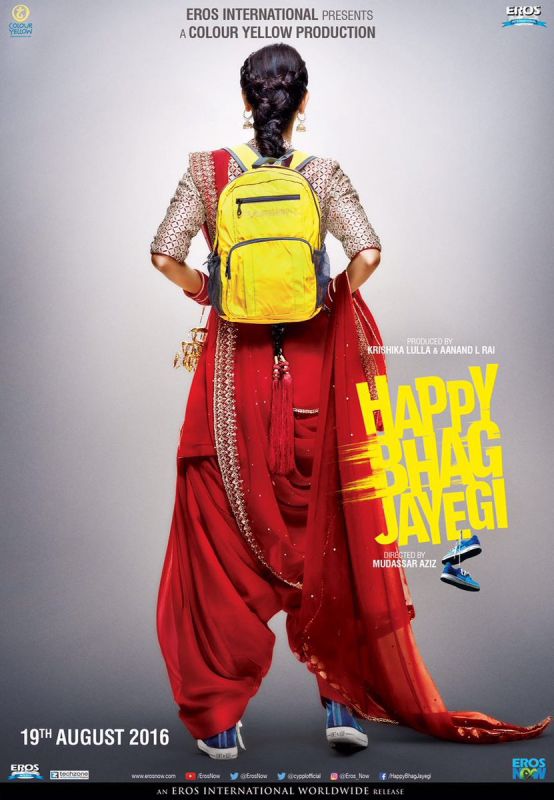 The film also stars Ali Fazal, Jimmy Shergill, Piyush Mishra, Kanwaljit Singh and Momal Sheikh. The film has been extensively shot in Punjab and is set to release on August 19th 2016.