Mumbai: While most of the Bollywood celebrities are on social media today, Katrina Kaif had stayed away from it for a substantial amount of time.

Her start to the platform has also made headlines primarily because of the interesting ways in which celebrities from the film industry like Shah Rukh Khan, Salman Khan, Priyanka Chopra, Ranveer Singh, Alia Bhatt and Arjun Kapoor welcomed her to the photo-sharing medium.

This was followed by the interesting pictures she shared, like the sizzling phootoshoot in a towel for Mario Testino and some more pictures of a hot photoshoot, still from ‘Jagga Jasoos’ and many other candid clicks.

The actress has now shared an adorable picture of herself when she was a 12-year-old.

However, the picture is not from an album she has treasured over the years, but one she recently found. That’s what she mentions in the caption, adding that she was quite the poser and highlighting her modelling ambitions with the hashtag #iwannabeamodel. 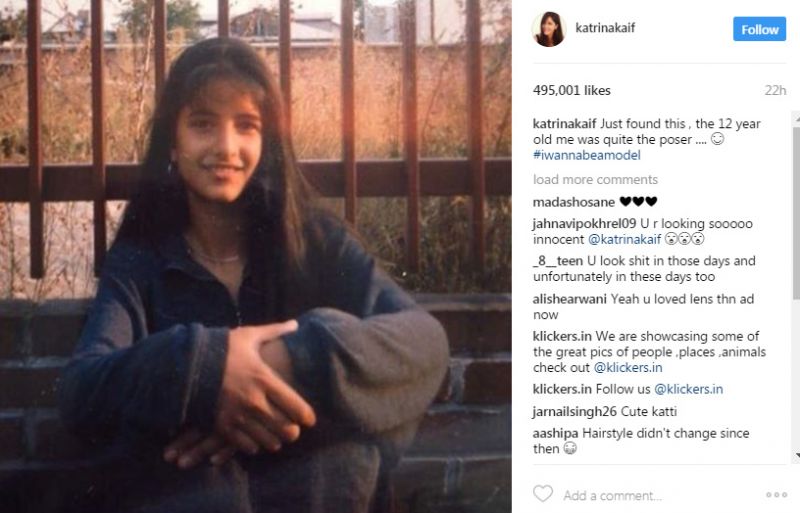 With such regular photo updates and that too interesting ones, there is no doubt that her number of followers would grow at a blistering pace.

On the professional front, Katrina will next be seen in ‘Jagga Jasoos’ opposite Ranbir Kapoor.