New trends keep coming up each day on the Internet, and the latest one involves netizens who are obsessed with matching their steps with a ‘green alien’. Over the last few weeks, the challenge, #DameTuCosita, where participants have to dance alongside a frog-like alien has gone viral, thanks to the video social network app Musical.ly.

The alien has not only managed to impress the common people, but a few celebrities too, including our very own Jacqueline Fernandez, Rohit Sharma, Divyanka Tripathi and Bhuvan Bam, who have all tried their hand at the video. The most recent addition is Shahid Kapoor. The Padmaavat actor, who shared his video on Instagram on Thusday, captioned it, “Love the #DameTuCoSita on musical.ly app. Do the #DanceWithAlien #DameTuCoSita (sic).” 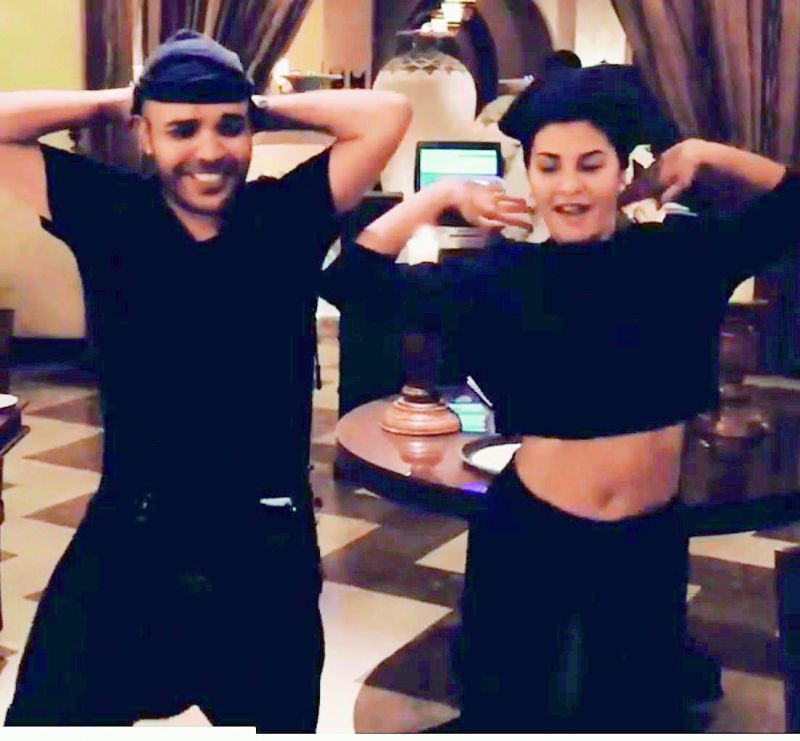 Meanwhile, in the video that Jacqueline shared, she can be seen grooving to the tune along with her friend, makeup artist Shaan Muttathil in Dubai. “Meanwhile crew dinner post shoot.. don’t ask why we have napkins on our heads.. think the heat is getting to us ?? #abudhabi #race3 (sic),”she captioned the picture.

Taking about the trend, comedienne Mallika Dua says, “The trend started with most people trying to replicate the dance accurately. I don’t know what it is about the green alien that made the trend go viral, but I found it cute and wanted to do it too. But I can’t dance so well, so I thought I’d do it in a funny way since I’m a comedian. Even Bhuvan Bam put his own funny spin on it as Titu mama, one of his characters.” 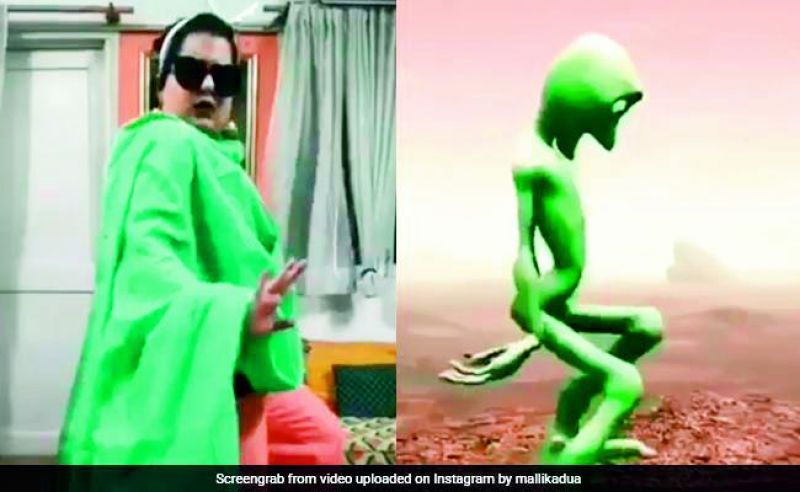 Comedienne Mallika Dua, who also put up a video dancing with the alien, says that she found the alien cute.

Interestingly, the song Dame Tu Cosita is actually from a 1999 mix-tape by Panamanian DJ El Chombo and the track’s original title is Introduccion B (El Cosita Remix). Dame Tu Cosita means ‘Give It To Me’.

Funnily, apart from the videos of the celebrities grooving to the tune, several Bollywood song’s spoof videos are also doing the rounds. Many are sharing the song Yaara O Yaara from the movie Jeet starring Sunny Deol and Karishma Kapoor and the song Meri Marzi from the movie The Gambler starring Govinda, edited to sync with the song Dame Tu Cosita on their social media accounts.