The picture that Shah Rukh Khan shared on Twitter.

Mumbai: There is no denying the fact that the contribution of Punjab and its culture to Bollywood over the years has been immense.

Shah Rukh Khan has played several Punjabi characters and his films shot in Punjab like ‘Dilwale Dulhaniya Le Jayenge’, ‘Veer- Zaara’, ‘Rab Ne Bana Di Jodi’ among others have a massive recall value with the masses even today.

However, none of these films saw Shah Rukh do some of the things associated with Punjabi, like riding a tractor or wearing a turban.

But his recent film directed by Imtiaz Ali has given the superstar the opportunity to try his hand at all these things.

It seems that the shoot in Punjab has been completed as the superstar thanked Imtiaz for bringing the cast and crew to the state and for the enjoyable shoot he had. 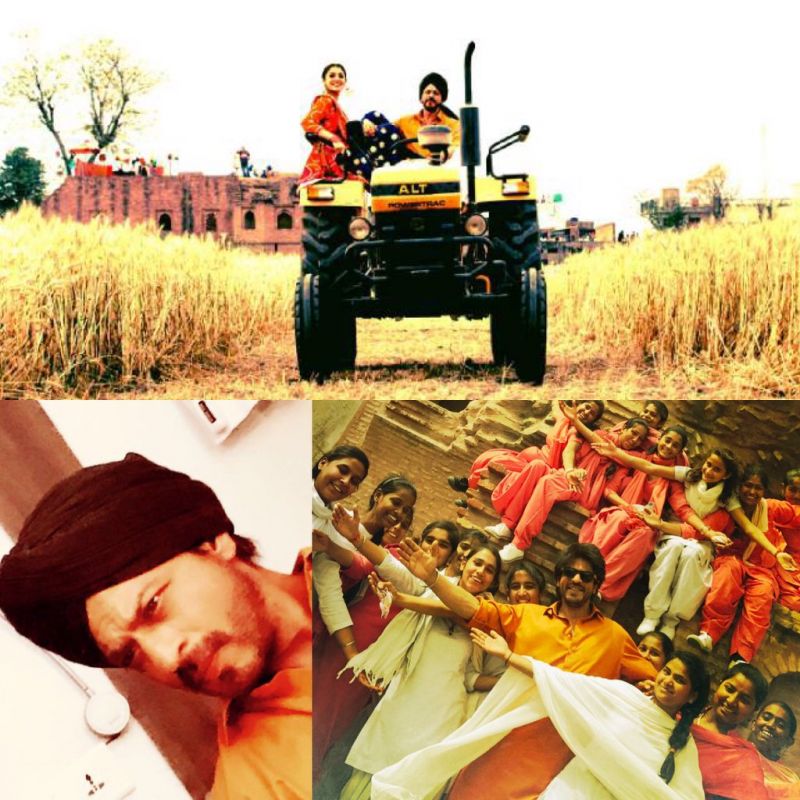 The yet untitled film is set to release on August 11 this year.