Video: Aishwarya gets emotional talking about father at event for noble cause

Aishwarya Rai Bachchan got emotional during her speech at an event on Tuesday.

Mumbai: Aishwarya Rai Bachchan was extremely close to her father Krishnaraj Rai, who passed away last year in March.

Later that year, an NGO which the father-daughter duo supported, honoured this close bond by announcing Mr. Rai’s birthday on 20 November as the ‘Day of Smiles’, with Aishwarya, her mother Brinda and daughter Aaradhya spending time with kids on the day.

The NGO has worked diligently in enabling cleft surgeries for kids in the last few years and on Tuesday, the actress got emotional and took pauses multiple times due to a lump in her throat at an event celebrating their journey together.

Aisjhwarya said, “Last year, Smile Train very generously offered to honour my father, late Mr Krishnaraj Rai, by announcing his birthday, 20th of November, as the 'day of smiles.' Thank you because this meant so much to us. My father worked with me with Smile Train. I like to always do something more effective and concrete on every personal occasion of our family, that’s what my parents always taught me.

"My daughter’s birthday is on the 16th and my father’s on 20th, so it was the year before, his last, that we celebrated together. This year was particularly emotional for us as a family and with daddy, it had to be about smiles. Celebrating everything he has taught me, everything he has passed through me to Aaradhya, it had to be about bringing a smile to people’s lives. Thank you that we have decided that 20th November will be the day of smiles.” 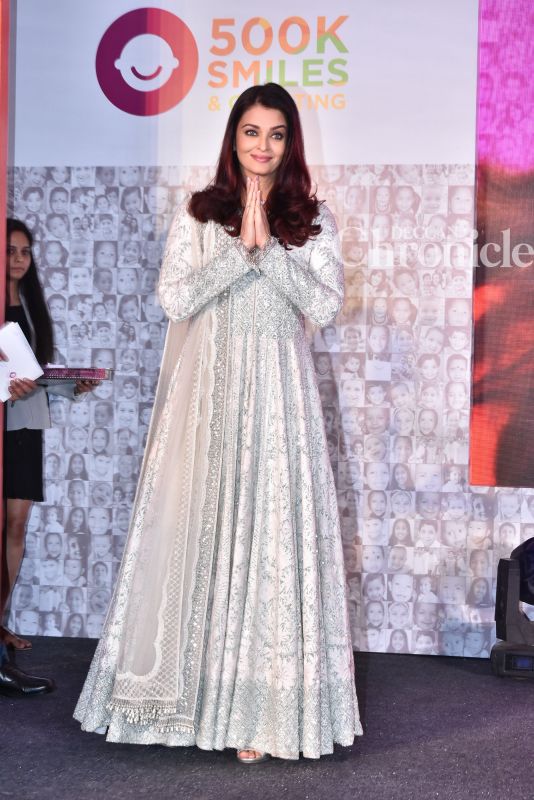 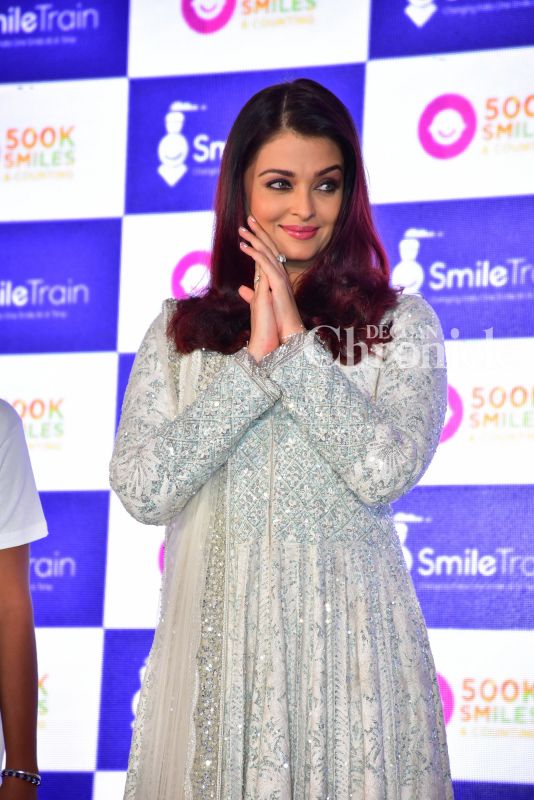 Aishwarya’s charity Aishwarya Rai Foundation has also collaborated on the NGO which has enabled 500,00 cleft surgeries for kids in the span of 18 years, with her association being for a decade. She thanked the doctors, nurses, corporate sector, and the donors for succeeding in the mission.

The actress also spoke about her family’s participation on the initiative. “My parents and my daughter, albeit very early in her life, has gotten introduced to the work we do together on Smile Train. I’m so thankful to god that I’ve been able to share in the experience and get them to recognise and get them to participate in such effective work with children.”

On the professional front, Aishwarya will next be seen in ‘Fanne Khan’, which also stars Anil Kapoor, Rajkummar Rao, among others.