Rakesh Upadhay, Farah Karimaee and Himesh Reshammiya photographed with their offerings at the shrine in Ajmer.

Himesh Reshammiya and his leading lady Farah Karimaee visited the shrine of Khwaja Moinuddin Chisti in Ajmer, to seek blessing for their film ‘Tera Surroor’. The two actors headed to the holy shrine to offer their prayers, days before their film hits theatres this Friday.

Himesh Reshammiya is back with the sequel to his 2007 film, 'Aap Kaa Surroor'. This time around, the film is packed with high-octane action sequences, exotic locations and a very steamy love making scene. For the film, Himesh pumped up the iron and worked up a lean and mean physique for his action hero role. 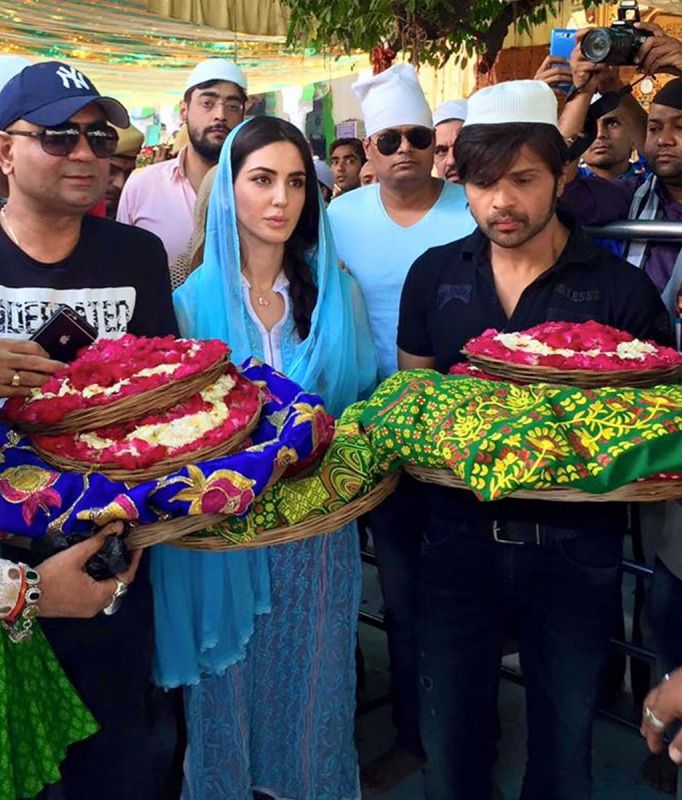