Mumbai: There's a huge excitement and buzz around Ranveer Singh's upcoming film 'Gully Boy'. To promote the film in unique way, the makers of the film has just posted the 5th Episode of 'Voice of the Streets' which features renowned rapper Kunal Pandagale a.k.a. Kaam Bhaari who is from Mumbai suburbs, Kandivali.

After receiving a great response from the audience on the previous episodes featuring Naezy, Spitfire, MC Altaf, KR$NA, the latest episode is with Kaam Bhari. 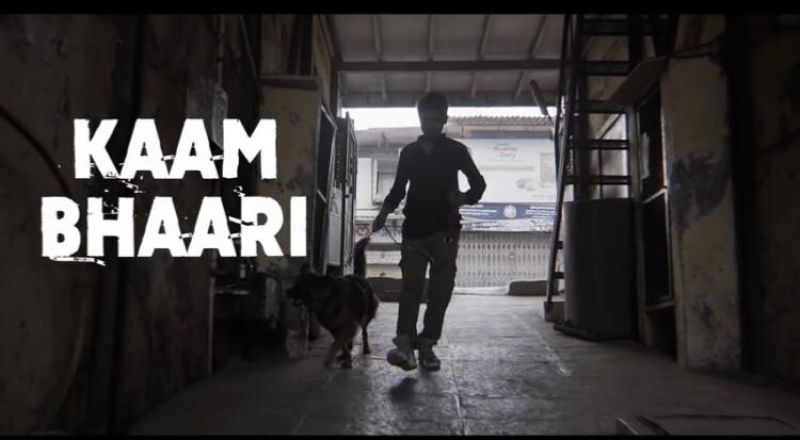 In the 5th episode of 'Voice of the Streets', rapper Kaam Bhaari raps about his life, friends,family and the realistic state of the society around him.

'Voice of the Streets' is the original Gully Boy capsule series consists of renowned rappers from the streets will be featured in one minute video where the rapper will be seen rapping a short piece of rap written and sung by the rapper himself.

The makers Excel Entertainment took to their social media and released 5th episode of 'Voice of the Streets' on their official Twitter handle, "Presenting Kaam Bhaari from Kandivali 101 in Voice Of The Streets, Ep. 05! ".

The film is a story inspired by slum rappers of Dharavi. Ranveer Singh, who is paired opposite Alia Bhatt for the first time on the big screen, is playing the role of a street rapper. The film also marks the first time that Alia Bhatt is working with Excel Entertainment and Zoya Akhtar. The actress will be seen in a never-seen-before avatar in ‘Gully Boy’.

Ranveer Singh's character is inspired by the journeys of Indian rappers Neazy aka Naved Shaikh and Divine aka Vivian Fernandes.

The audience has been hailing the rapper avatar of Ranveer Singh in the real world of underground music created by Zoya Akhtar.

Directed by Zoya Akhtar, Gully Boy is produced by Ritesh Sidhwani and Farhan Akhtar under the banner of Excel Entertainment in association with Tiger Baby and this film on the underground rap movement in India is slated to release on February 14.

Sooraj and Salman: 30 years on, the Prem lives on