Kabir Khan with his team on the last day of 'Tubelight' shoot.

Mumbai: Superstar Salman Khan's much awaited film 'Tubelight' has finally wrapped up the shoot and director Kabir Khan made sure to share this happy news on social media. 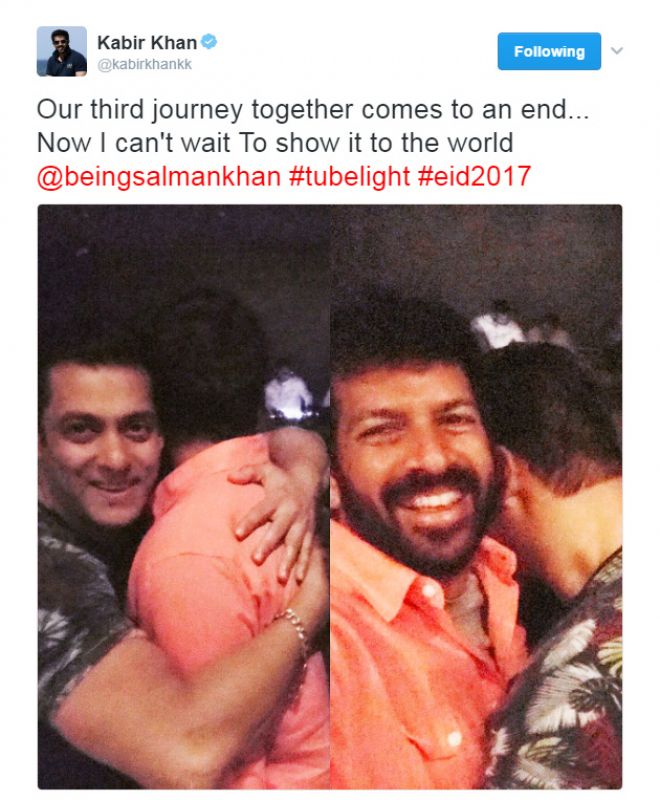 After shooting in Leh, Manali and Mumbai, Kabir wrote, "It's a WRAP!! My team that makes my films happen... Karishma,Baloo,Prarthana, Prachi,Moin,Archit,Manish, Zoya, Krish,Rahul,Ram,Ali #tubelight #eid2017"

On a related note, the movie will also see Shah Rukh Khan in a cameo appearance and is slated to release on Eid this year.