Helmed by Anshia Lal, 'Phillauri' hits the theatres on March 24.

Mumbai: Anushka Sharma is back with her second production, 'Phillauri,' and the delectable trailer of the film has taken Bollywood and social media by storm.

And the celebrities have been quite vocal about their love of the trailer. 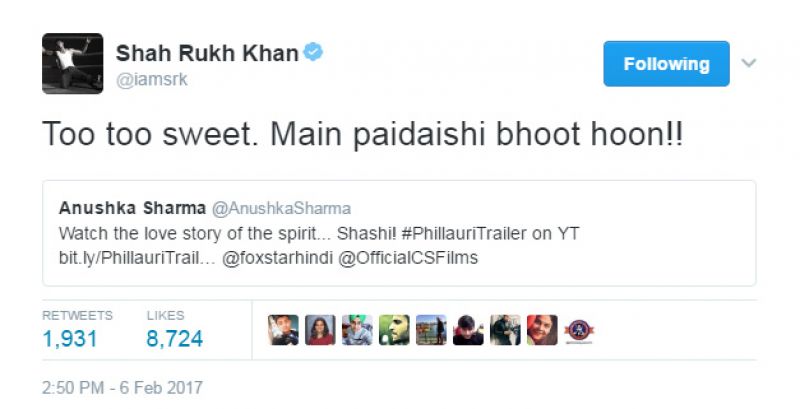 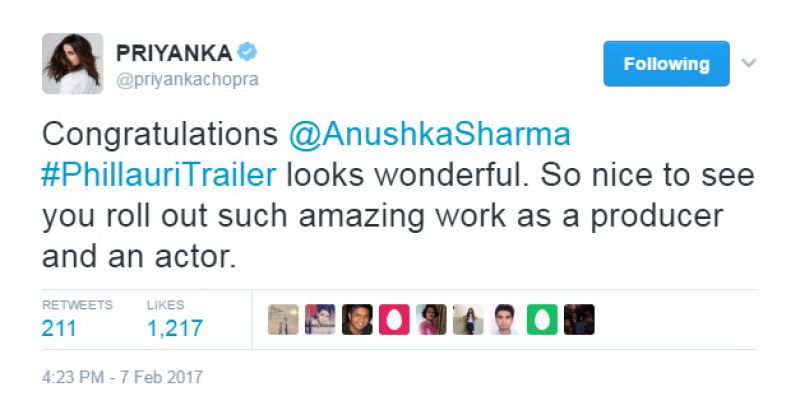 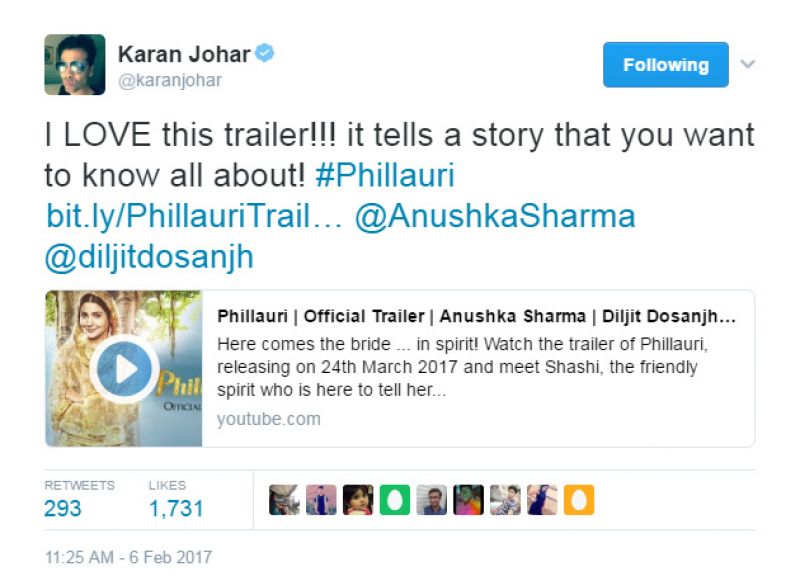 The quirky film has Anushka playing a ghost, who accidentally get married.

'Phillauri,' which has a phenomenally in-form Suraj Sharma and Diljit Dosanjh playing a musician and Anushka's love interest in sequences that seem like flashbacks, has a charmingly earthy aura to it, much like its ironically pristine ghost.

Helmed by Anshia Lal, 'Phillauri' hits the theatres on March 24.