R. Madhavan had previously played a pilot in RDB.

The makers of the movie announced the exciting news on social media. 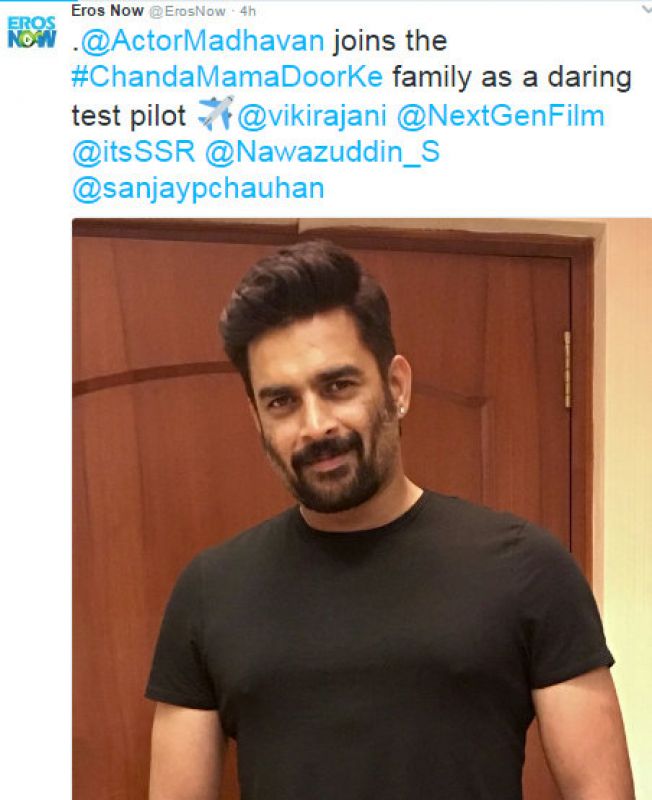 Madhavan will be essaying the role of a pilot. Speaking about his character to a daily, the actor said, "I myself have a defense background as I have trained for the NCC (National Cadet Corps). And, having done Rang De Basanti and the serial Sea Hawks, I know the basics."

He continued, "This role will definitely require much prepping as we are doing it with a lot of authenticity."

When asked whether he’ll take flying lessons just like co-star, Sushant, the actor replied, "Not really, we will be working on the simulators."

'Chanda Mama Door Ke' will also star Nawazuddin Siddiqui in a pivotal role. The movie is also said to have south superstar Mohanlal in a cameo.