Chennai: Tamil Superstar Rajinikanth on Tuesday condoled the death of AIADMK supremo and Tamil Nadu Chief Minister J Jayalalithaa, describing her as a "brave daughter" whom the country had lost.

"Not just Tamil Nadu but India has lost a brave daughter. I pray to God to rest her soul in peace," he tweeted. 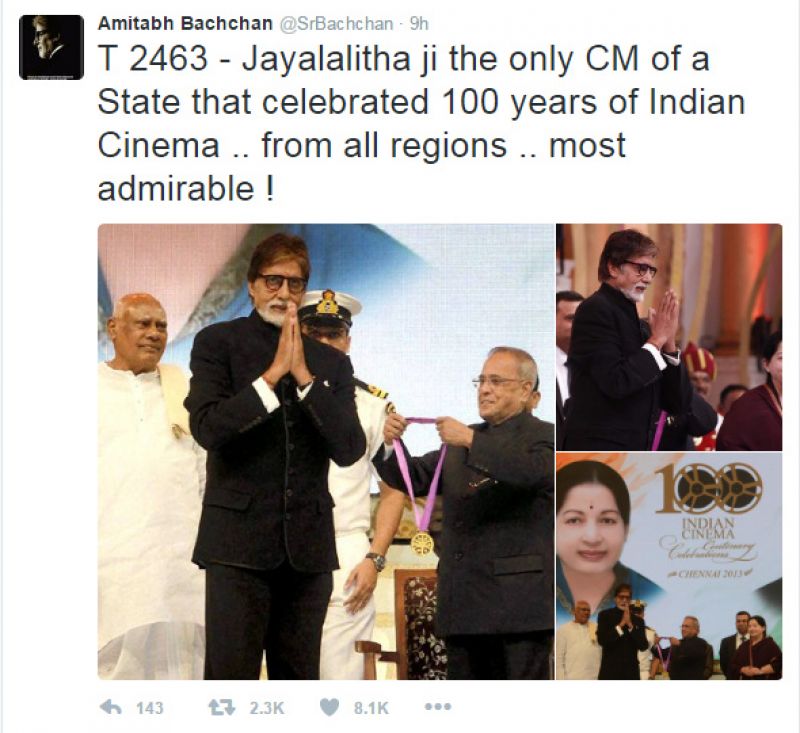 "Sad to hear of the passing away of Jayalalithaaji...May her soul rest in peace," Shah Rukh Khan said in a tweet.

Calling Jayalalithaa, people's leader, veteran actor Anupam Kher tweeted, "Deeply saddened by the passing away of the charismatic leader of the masses Jayalalitha ji. May God rest her soul in peace."

Veteran writer Javed Akhtar said, "A charismatic leader, who had an unbelievable connect with her people has passed away. My deepest condolences to all her followers."

Veteran actor Dharmendra, who worked with Jayalalithaa in 'Izzat', her debut in Hindi cinema, said he was shocked to hear the news of her passing away.

"I am shocked. Jayalalithaa was my co-star in film 'Izzat'. When I heard she is not well, prayed for her well being," he told ANI.

"Jayalalithaa was an iron lady. An amazing woman & a great leader. Connect she had with ppl was unprecedented.Huge loss," Shatrughan Sinha told ANI.

"Huge loss for country. She was an amazing woman, seldom do we find such great leaders," Paresh Rawal was also reported as saying.

Scores of Tamil cinema actors including Parthiban, Jeyam Ravi, Trisha Krishnan, Shruti Haasan and director Gautam Vasudev Menon condoled death of Jayalalithaa, who had her roots in the film industry as a famous yesteryear actor.

Hema Malini and other stars also conveyed their condolences to Jayalalithaa on Twitter. 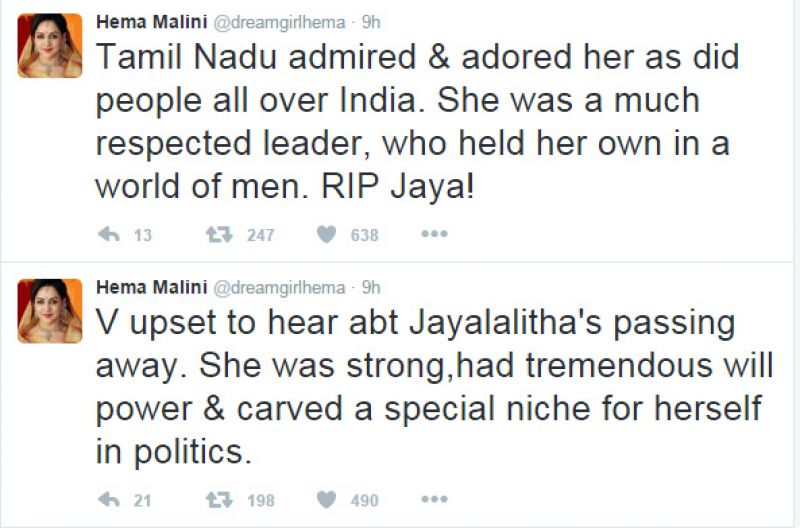 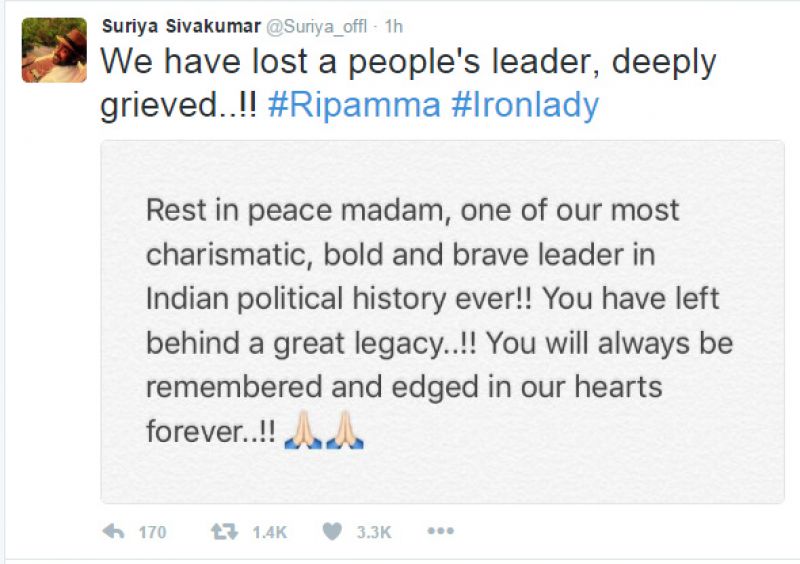