Katrina and Alia may have come together for SRK’s Diwali bash, but is all really ok?

Alia Bhatt, Katrina Kaif and Ranbir Kapoor’s story would probably be the most tragic one till date.

It was known that Ranbir and Katrina were so madly in love with each other that they started living together in a Bandra house. Their relationship which began on the sets of ‘Ajab Prem Ki Ghajab Kahani’ 5 years back, ended while shooting for ‘Jagga Jasoos’ in 2015.

Meanwhile Alia Bhatt was linked to her ‘Student Of The Year’ and ‘Kapoor And Sons’ co-star Sidharth Malhotra till 2017, post which they hinted out loud about their break-up.

Right after that, Alia and Katrina were in news for being the newest gym buddies and BFFs in town, but that too didn’t last for long.

At a time which witnessed a lot of marriages, including Anushka Sharma, Sonam Kapoor and more, Alia found love in her ‘Brahmastra’ co-star Ranbir Kapoor.

It was being reported that things turned sour between the newly formed BFFs since Alia chose love over friendship.

For the longest it was being stated that they don’t look eye-to-eye, a rumour which they tried to rubbish at Shah Rukh Khan’s Diwali bash by clicking a photo.

But like they say, a photo speaks thousand words. When noticing it closely, one realizes that neither of the actresses have a genuine smile on their face, clearly hinting that they just want to get this done with. 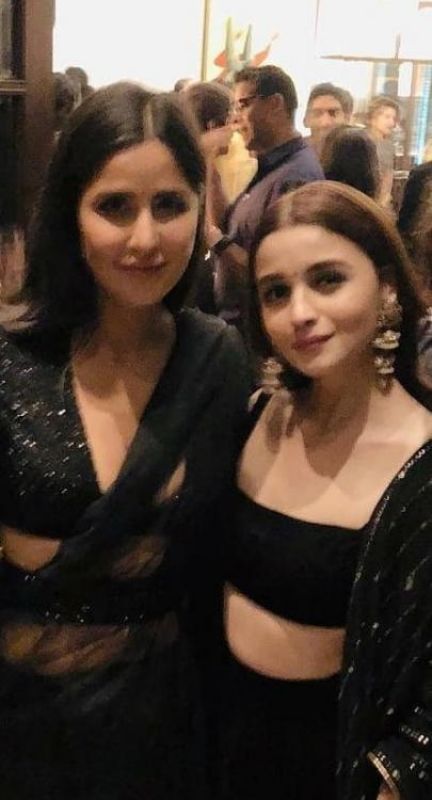 Confirming the news, a source told Spotboye, “It’s not that Alia and Katrina cannot see eye to eye but they are not friends for sure. The two came under one roof last night and exchanged pleasantries, that’s all. They even clicked a picture together (which is doing the rounds of social media) however, clearly, hung around in different groups and the cold vibes between them were palpable to those around them. Katrina exited the party before Alia.”

Katrina for now is in news for her professional life which involves doing ‘Zero’ with Shah Rukh Khan and ‘Bharat’ with Salman Khan. She also plays Suraiyya in Aamir Khan and Amitabh Bachchan’s Diwali release Thugs Of Hindostan.