Athiya will next be seen with Anil Kapoor and Arjun kapoor in Anees Bazmee's 'Mubaraka'.

Mumbai: Sooraj Pancholi and Athiya Shetty might have had a less than desirable debut with Salman Khan's production 'Hero,' but that hasn't stopped them from remaining friends.

Athiya, who turned 24 on Sunday, has been getting some amazing wishes across social networking platforms, but the most adorable one of them has to be the one from Sooraj.

The two have self-admittedly been great friends for the longest time. And the bonding and love in this picture is too delightful for one to ignore. 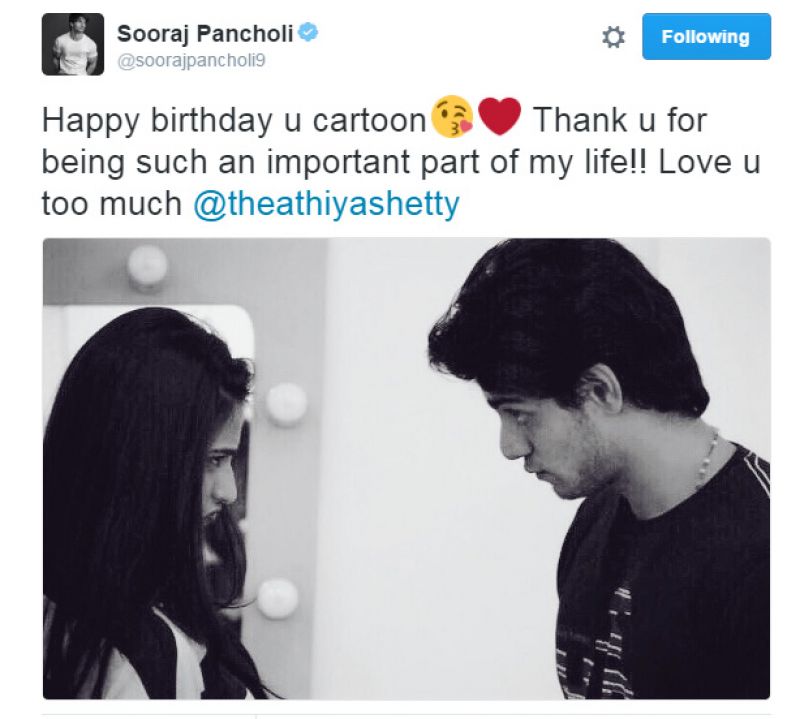 Sooraj and Athiya were also reportedly supposed to reunite in 'Circus,' however Athiya had rubbished claims of her involvement in the project.

Neverthless, it's refreshing to watch two industry kids bond with no selfish intents or ulterior motives in sight.

■Not doing Circus opposite Sooraj Pancholi, says Athiya Shetty
■It's official! Anil, Arjun, Ileana, Athiya team up for Mubarakan
■Athiya Shetty sweats it out as she trains in mixed martial arts