‘Shabaash Priyanka’ says Bollywood, ‘Ventilator’ impresses one and all

Mumbai: Priyanka Chopra’s ‘Purple Pebble Pictures’ enters Marathi film industry with Rajesh Mapuskar’s family drama ‘Ventilator’ and the entire film fraternity is loving it. This film, which showcases the complexities of a joint family using humour as its potent weapon, has garnered accolades from one and all.

Bollywood is showering love on the director-producer duo of Rajesh Mapuskar and Priyanka Chopra. 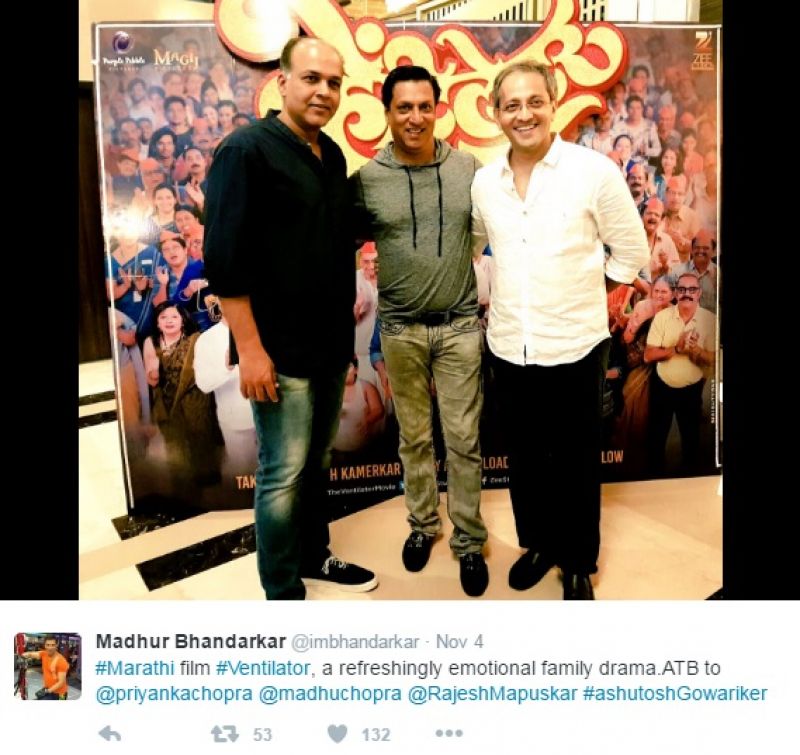 Vidhu Vinod Chopra, who is Rajesh Mapuskar’s mentor, reportedly said, “I have seen 'Ventilator' and I am really impressed with the film. Everybody should watch it. I think it is one of Rajesh Mapuskar's best. Though I usually don't keep a trail of my films, I called a lot of my friends for the trail of this film as I am really proud of Mapuskar's work and I want everybody to watch it"

Not to forget, Priyanka’s debut Marathi song ‘Baba’ has earned her rave reviews.

Priyanka and Mapuskar are flooded with appreciation for their first-ever Marathi venture. Here are some of the tweets posted by celebrities and fans: 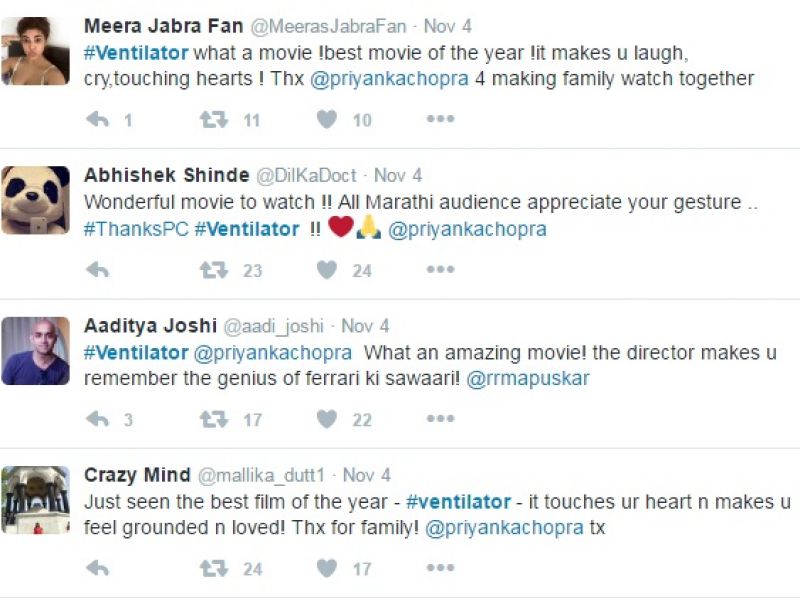 Priyanka celebrates National Awards for Ventilator with the team of film