Mumbai: After superstar Salman Khan, actor Kabir Bedi has now come out in support of Hillary Clinton for President of the United States in the upcoming poll and wished the politician ‘all the best’ for the elections.

The 70 year old veteran tweeted that a woman President in America would be a ‘historic landmark’.

"Wishing @HillaryClinton all success in #USElections2016! A woman President of #US would be a truly historic landmark. #ImWithHer #USElection," he wrote. 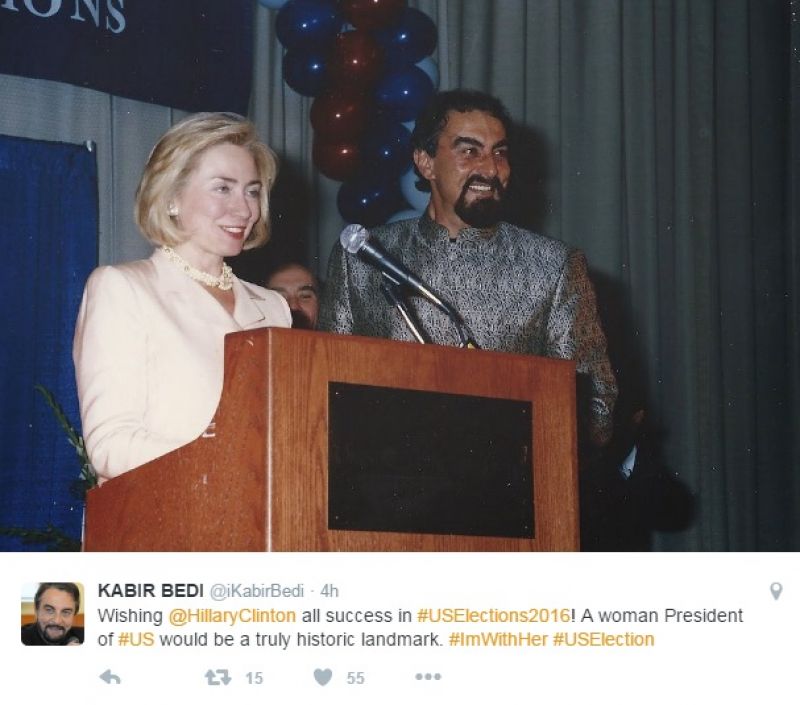 Clinton, 69, is the Democratic Party nominee and is competing with Republican candidate Donald Trump in the election scheduled to happen November 8.

■Trump or Clinton: Salman Khan reveals who he is supporting