The actor was last seen in the successful 'Rustom'.

Mumbai: Akshay Kumar is at an all-time high, career-wise. The actor has had three 100 crore films, this year, and will be seen in exciting projects like 'Jolly LLB 2', Rajinikanth's '2.0,' and Neeraj Pandey's 'Crack'.

The actor, however, also has another interesting project up his sleeve, 'Toilet - Ek Prem Katha'.

Akshay, who'll be seen alongside Bhumi Pednekar in the film, shared a picture from the sets of the film in Mathura, where the shoot commenced early on Sunday. 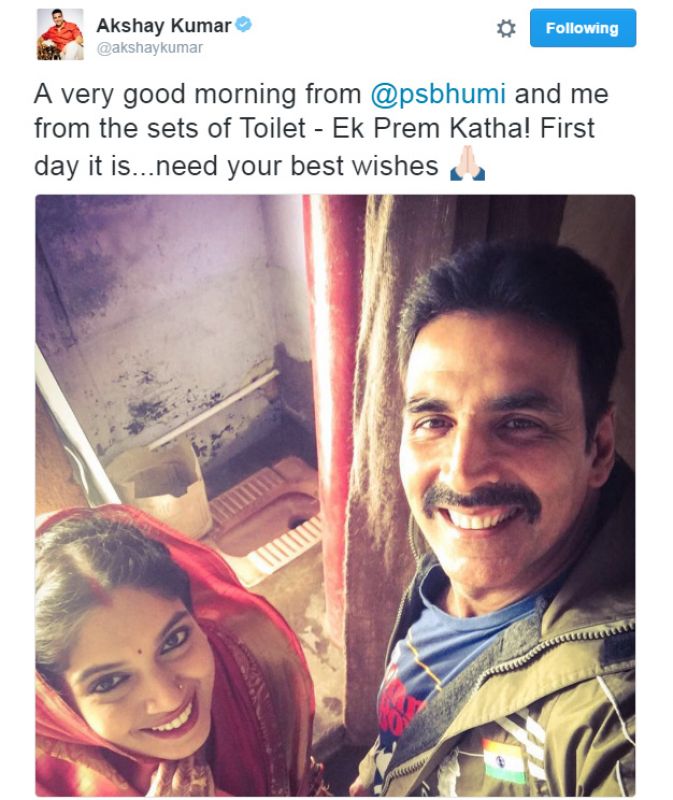 What happens when two people in love cannot be together because of the lack of a toilet in the house? In recent times, multiple newlywed brides in India have left their husband’s homes because they lacked a toilet. The film is a satirical take based on the serious issue.

The film is backed by Akshay's confidante collaborator Neeraj Pandey, and will be jointly produced by Vikram Malhotra.