It’s a wrap for Arjun Rampal’s ‘Daddy’, a biopic on gangster Arun Gawli

After rigorously filming for 'Daddy', the actor has officially wrapped up the film's shoot.

Mumbai: We will soon see Arjun Rampal essaying the role of gangster Arun Gawli in his upcoming film ‘Daddy’, a biopic on Gawli.

Arjun play's the colourful don on-screen and in order to get into the character, Arjun also lost some weight and met the gangster so that he can understand his role better. He reportedly spent almost an hour with Gawli on December 29 last year in the hospital as part of research for the lead role in the film.

After rigorously filming for 'Daddy', the actor has officially wrapped up the film's shoot. 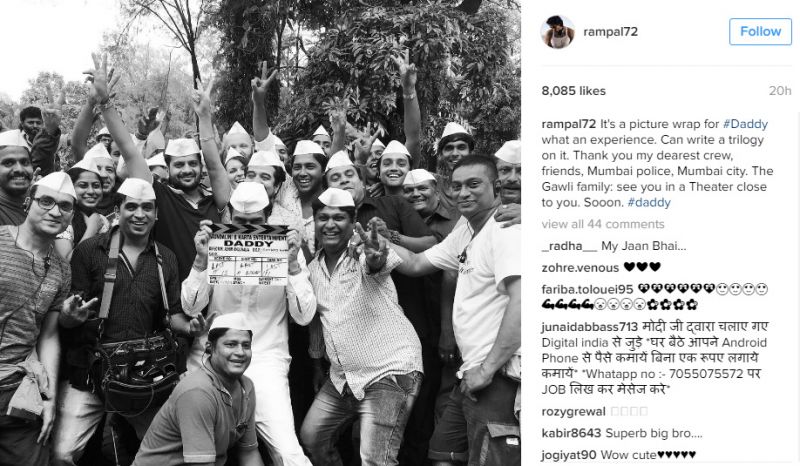 Arun Gawli’s crimes include kidnapping people, torturing them and extorting money from their families. He has also been booked for murder. He was convicted for the murder of Shiv Sena leader Kamalakar Jamsandekar by a court in August 2012.

Gawli also tasted success in politics when he was elected as an MLA from the Mumbai Chinchpokli Constituency as an Akhil Bharatiya Sena candidate in 2004. Akhil Bharatiya is a party founded by him.