Mumbai: Actor Arjun Kapoor, who is the cousin of debutant Harshavrdhan Kapoor, said he is a proud brother after attending the special screening of Harsh’s debut film ‘Nirzya’.

The ‘Gunday’ star took to Twitter to comment on his cousin’s performance. He wrote: You make me a proud brother Harshvardhan! Your talent is for all to see… Now keep your head down and work even more hard just like Anil Kapoor.

Here is what Arjun Kapoor wrote: 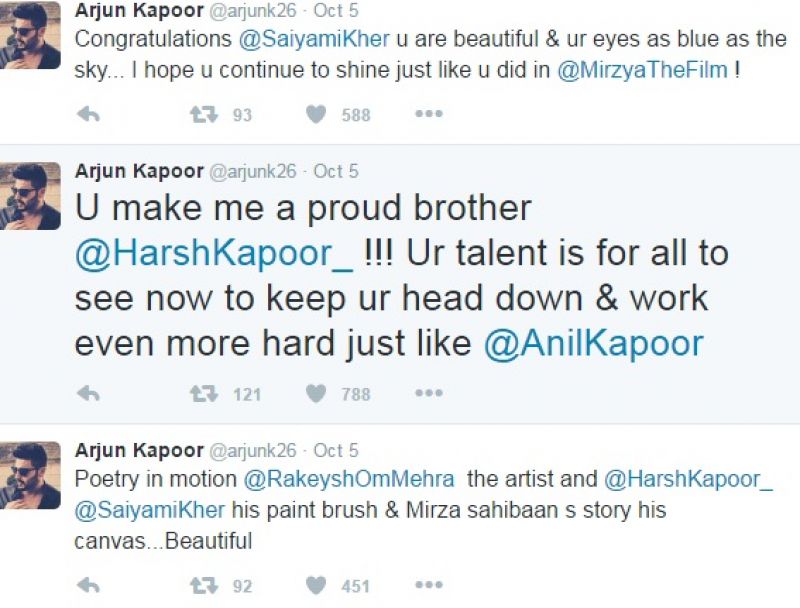 Harsh’s responded saying that he is thrilled by his reaction and it will stay with him for a long time. 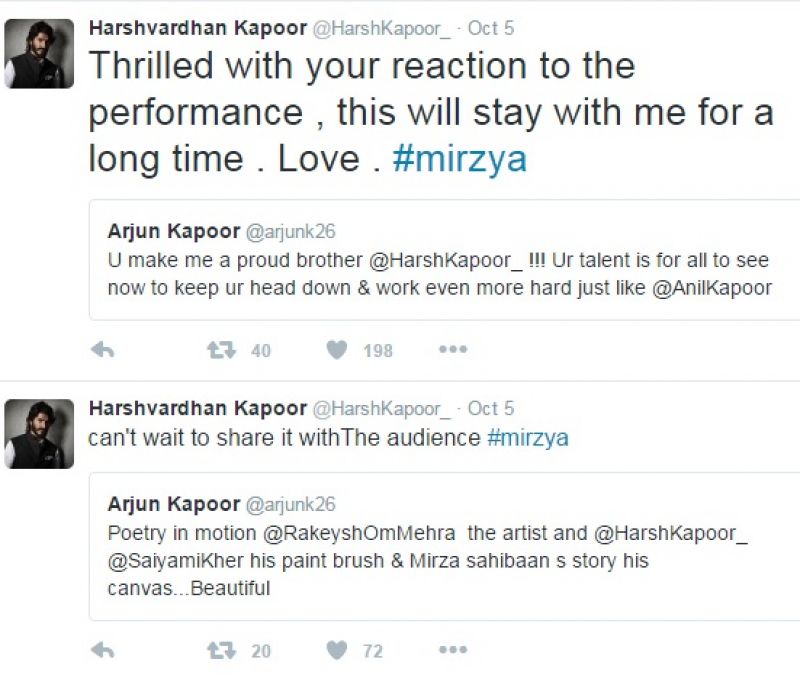