Mumbai: Even after delivering three back-to-back hits in the year, Akshay Kumar is working hard and not letting complacency affect him. The superstar has been shooting for his next film ‘Jolly LLB 2’ and has been posting pictures from the shoot in Lucknow, Kashi and along the banks of river Ganga.

It seems that the shooting of the film is going at a great pace and the cast and crew will be shooting for the last schedule in Manali. Akshay shared a picture as soon as he reached Manali, and also expressed how he will miss the cast and crew after the wrap of the schedule. 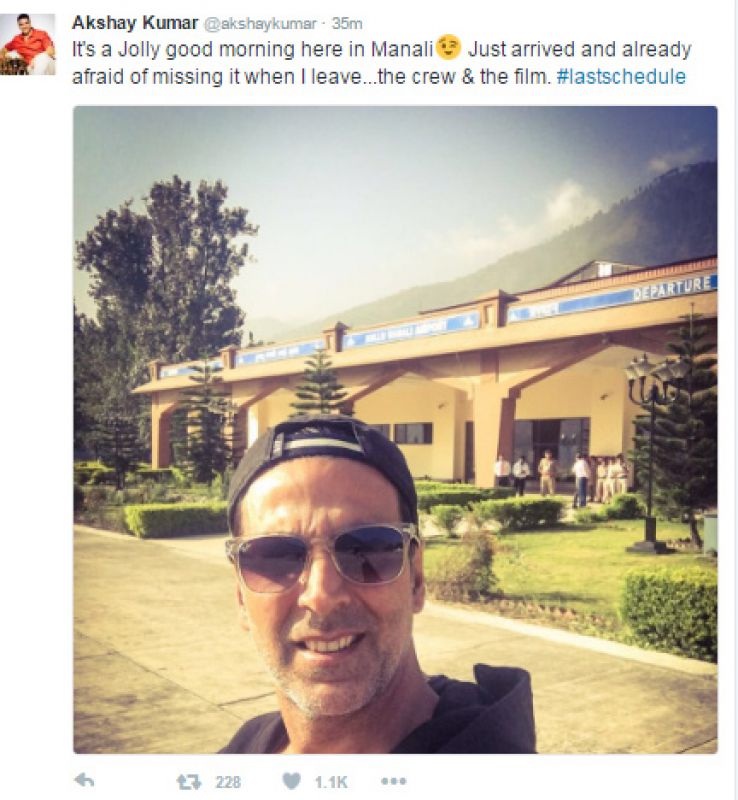 Akshay, who plays a lawyer in the film, has been sporting a moustache for the film. But this picture just sees him with a light stubble.

Incidentally, Salman Khan’s ‘Tubelight’ is also being shot there. Let’s see if the two superstars meet each other and if that does happen, it would be a visual delight for the locals.