SRK has been sporting a well groomed stubble for the film.

Mumbai: Shah Rukh Khan has been globe-trotting along with Anushka Sharma and the actor has become increasingly comfortable of his social media presence, having embraced multiple platforms.

The actor has been sharing selfies by the dozen and his fans have not been complaining the least bit.

The actor, who's already shot for the film in Prague, Amsterdam and Lisbon, has now headed to Budapest for the film's next schedule.

SRK, who plays a tourist guide opposite Anushka's Gujarati girl, has been sporting a well groomed stubble for the film. 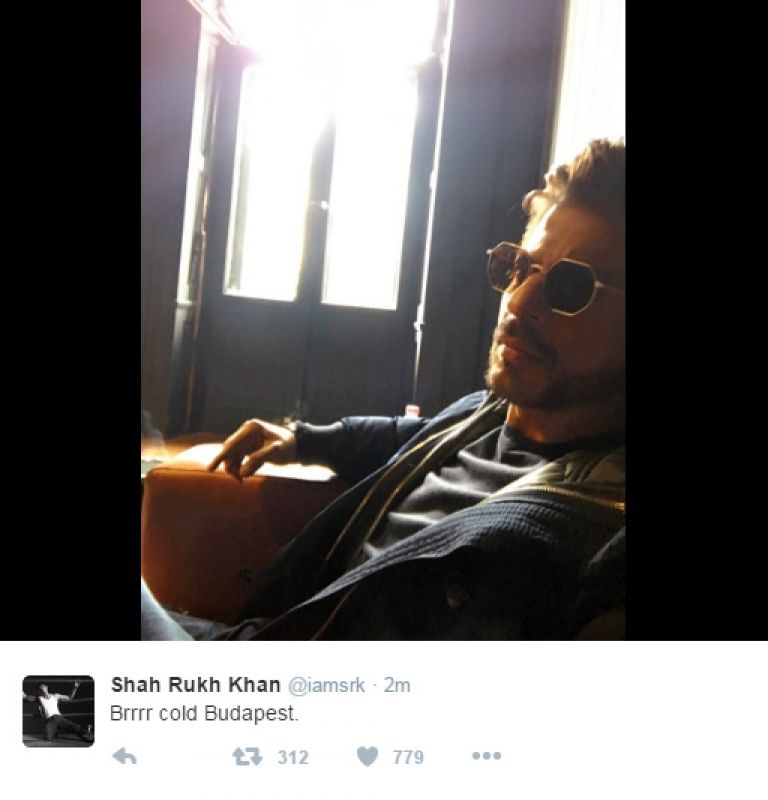 Shah Rukh, who also has Gauri Shinde's 'Dear Zindagi' and Rahul Dholakia's 'Raees' gearing up for release in the next few months, is re-uniting with Anushka, who incidentally had debuted opposite him, after Yash Chopra's swansong, 'Jab Tak Hai Jaan'.