DECCAN CHRONICLE. | SUBHASH K JHA
Published Sep 6, 2019, 12:50 am IST
Updated Sep 6, 2019, 11:58 am IST
The actress, who was trolled for celebrating Ganesh Chaturthi, chose to maintain a dignified silence over the issue.

Newcomer Sara Ali Khan was brimming with her trademark enthusiasm on social media, as seen in her Instagram post celebrating Ganesh Chaturthi. Little did she know that she would be trolled for her festive spirit, and be pulled up for celebrating a Hindu festival despite being Muslim.

While Sara has bravely responded to the trolls with stoic silence, a close family friend of the Khan’s expresses grave concern at this naked display of intolerance. 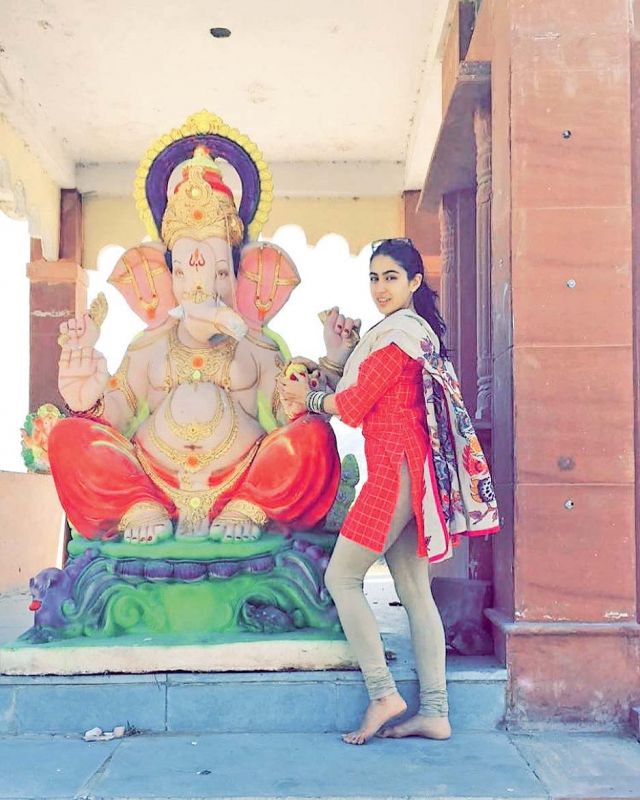 “Sara’s family is the portrait of secularism. Her paternal grandmother, Sharmila Tagore, is a Hindu, who was very happily married to a Muslim man. All the festivals are celebrated with equal enthusiasm in their household. Saif is married to Kareena, who is Hindu. He attends religious functions at home and his sasural (in-laws place),” says the family friend.

“Saif and Amrita Singh’s children have been brought up to believe in whatever God they want to believe in. Why try to slot her into prejudiced corners,” the friend further asks.

Many chose to remain mum about the issue, except actress-activist Renuka Shahane, who said: “Trolls need to get real jobs. Any person in our country, celebrity or otherwise, has a right to celebrate any festival they want. One shouldn’t be narrow-minded and petty about it.”