The duo is setting new standards for fitness as they can be seen sweating it out at the gym in Ishaan's Instagram stories.

Ishaan shared some videos of the duo exercising together and doing their cardio, drills and battle ropes. In the videos, Ishaan can be seen showing off his abs while working out shirtless whereas Janhvi can be spotted donning an all-black gear. 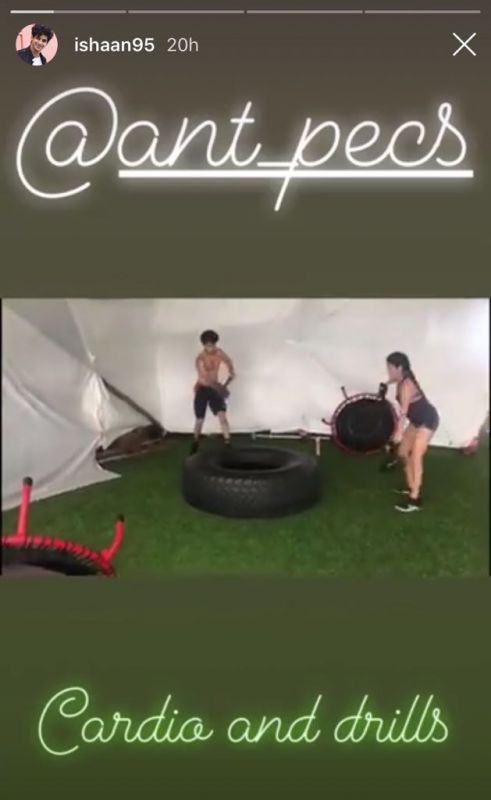 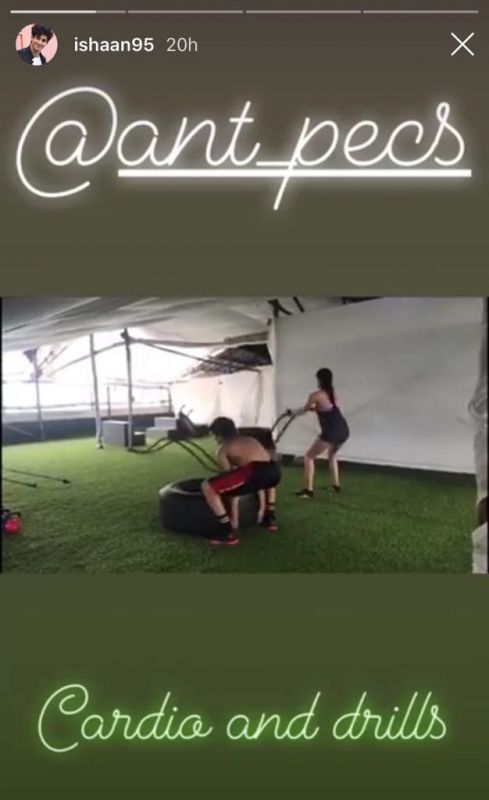 The duo has been spotted together at several occasions before and after the release of their movie. They recently attended Manish Malhotra's fashion show with Khushi Kapoor and Sara Ali Khan.

Ishaan and Janhvi made their Bollywood debuts with 'Dhadak', which is the remake of Marathi hit 'Sairat'. The flick crossed the Rs.100 crore mark with its worldwide earning in just 10 days.

■Beer for hair, fruit on face, Sridevi’s special trick: What went into Janhvi’s beauty
■Video: Sara, Janhvi get chatty and we can’t wait to know what it was about!
■Janhvi Kapoor dazzles in Ralph and Russo gown at Vogue Beauty Awards
■Karan Johar reveals why he was scared of remaking Sairat for Janhvi-Ishaan's Dhadak