In just a day, Sonam Kapoor will turn a bride with a two-day ceremony – Mehendi on Monday and wedding followed by reception on Tuesday.

Her Mehendi dress seems to be revealed, and if that is the case, then she is opting for a simple anarkali rather than a fancy saree. See it here: 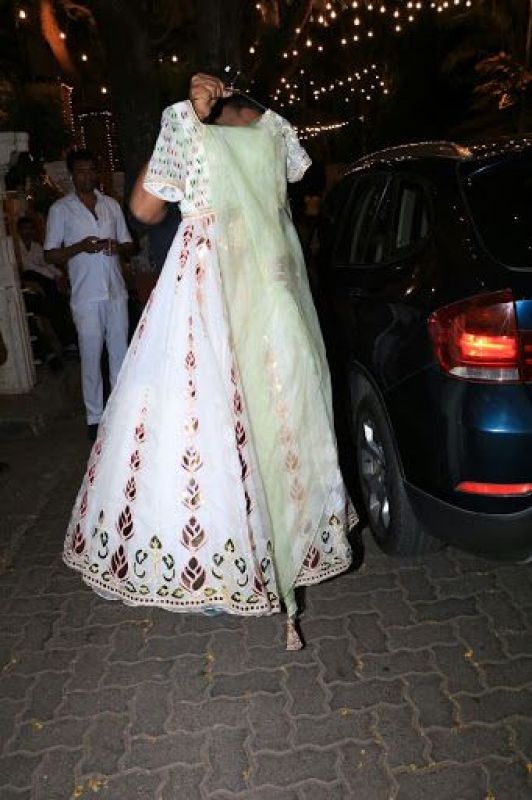 We gathered some images of the times when Sonam wore something simple. For the looks, elegant is the word and smile always plays the trick.

For the wedding day, Sonam could turn a super fancy bride, in an Abu Jani and Sandeep Khosla outfit like this:

Or she could be a little more stylish and opt for Anamika Khanna wear like the one she wore here:

Coming to the reception, our best pick is Anamika – bold and sharp, just suiting Sonam’s personality, like this picture:

Abu-Sandeep recently helped her doll up for ‘Veere Di Wedding’ promotions, a look she could also pull off with ease:

Actually, we can’t get enough of Anamika Khanna and really hope Sonam picks the designer for her reception, because look at this:

Thank you so much @anamikakhanna.in for the most beautiful Diwali outfit... which girl doesn't want to be draped in pearls?? Love you lots!!

Or even better, look at the amount of texture and design on these clothes by the same designer, which appears to be the best only on Sonam:

But since it appears that Sonam might like to keep it plain, this saree by Anamika Khanna was also passable, though we can definitely think of her in something way better than this:

After dating for four years, Sonam is all set to tie the knot with entrepreneur Anand Ahuja.

■Sonam ki shaadi: Karan Johar’s special gift for bride will make you envious of her
■Revealed: Sonam Kapoor will be wearing these designer clothes for her wedding
■Letting bygones be bygones: Sonam Kapoor invites Aishwarya for wedding
■Sonam Ki Shaadi: Will the bride wear this simple outfit for her Mehendi ceremony?